About Our Guest Speakers 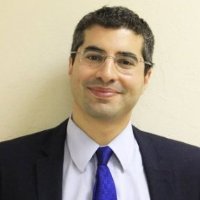 Nir Buchler was born and raised in Paris – but rising anti-Semitism brought Nir and his family to the U.S., where he attended Baruch College. Through the Jewish Agency’s Israel Fellow program, Nir discovered a long-term Masa program in Israel and spent 6 months interning in the Prime Minister’s office. Nir then joined Masa’s New York office, where he recruited other young adults to participate in long-term Israel experiences. These formative experiences inspired Nir to enroll in a dual Master’s degree program in Jewish Professional Leadership and Public Policy at Brandeis. He graduated as a Wexner Graduate Fellow and a FEREP (The Federation Executive Recruitment & Education Program) and held professional positions in the Jewish Federation of Greater MetroWest and later the Jewish Federation of Palm Beach County. Today, he is a Vice President for the Jewish Agency. 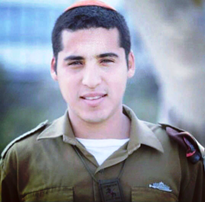 For Tony Raichler, making aliyah during Operation Cast Lead in January 2009 solidified his connection to Israel and the Jewish people. Born and raised in Venezuela in a secular Jewish home, Tony knew almost no Hebrew when he arrived in Israel. The Jewish Agency’s Na’ale program for high school immigrants helped him acquire the language skills he needed to integrate while making friends with his peers. Tony then enlisted in the Israel Defense Forces (IDF) as a “lone soldier” in an elite combat unit; three of his closest friends were killed in action. The Jewish Agency’s WINGS program helped Tony prepare for the “day after discharge,” when civilian life begins. With the help of WINGS, Tony made a successful transition to civilian life and is now a third-year Political Science student working toward his B.A. at Bar Ilan University.