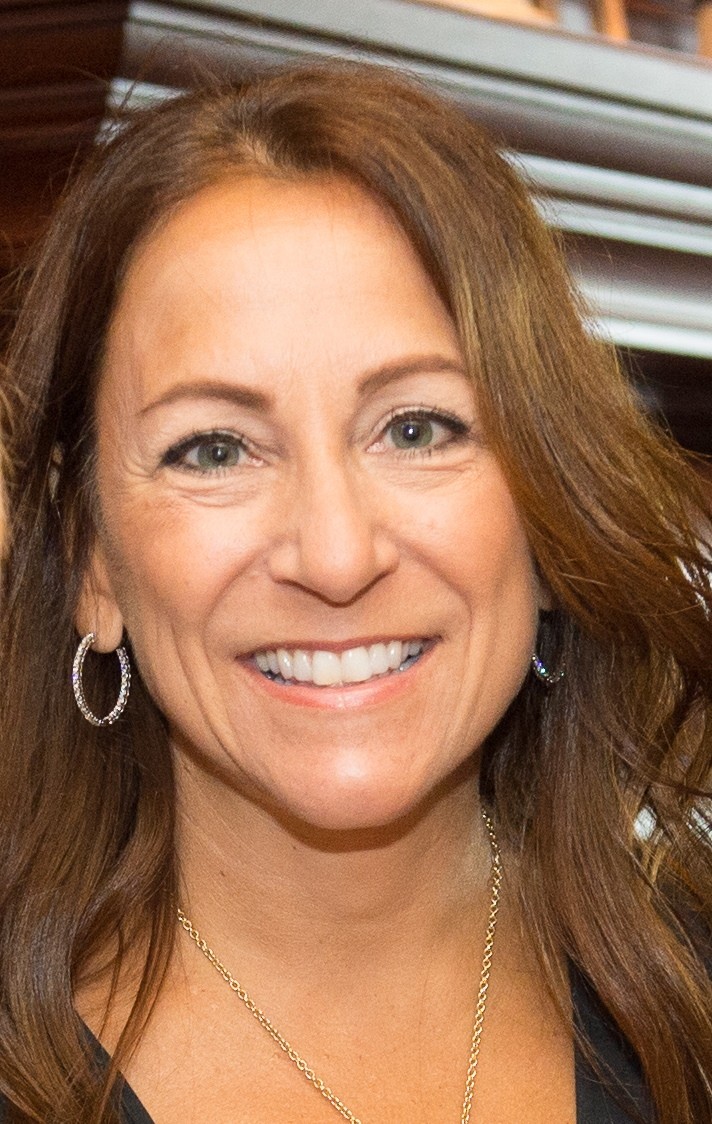 December 2018
Each month our Women of Impact profile features a local woman, nominated by a local community member, who is making an impact in our community. For this month's profile, Meredith Chandler spoke with Kathy Fishman, Voices of Hope’s Director of Operations and Programming and a longtime Federation volunteer and donor. Kathy was nominated by Anna Huttner, who is not only Kathy’s co-worker at Voices of Hope but also a friend. Anna told us, “Kathy is so deserving. She is amazing really!”
What inspired you to get involved in our Jewish community?
I was raised outside of Philadelphia; I’m the youngest of four children. My husband and I moved from Boston to West Hartford about 25 years ago to be closer to our families. When we first arrived, we became involved in some of the areas where my in-laws were already involved. We immediately joined the Mandell JCC and developed our own robust schedule of Jewish activities! We met lots of new people through the preschool and the kids’ swim team and dance lessons, and we started attending Federation events too. Little by little, our involvement grew.
What have you done to make a positive impact?
I definitely hope that I’ve had an impact! I can say that being involved in the Jewish community has had a wonderful impact on my personal and family life.
For example, it’s always been very important to me to teach my children Jewish values. While they were growing up, we put our values into action together by volunteering weekly at soup kitchens, Miracle League, Friendship Circle and the Hebrew Home, and with Children’s Reading Partners. I’ve always emphasized the importance of Tikkun Olam (repairing the world) with my children and as they now venture out on their own, I continue to encourage them to become involved in their communities.
When my daughter was studying for her Bat Mitzvah, we decided to host an Israeli Young Emissary through Federation. It was amazing to see all the work that our emissary did in the community while she was here. We grew very close, and we visited her in Israel on our family trip with the Mandell JCC. We still keep in touch with her today.
In 2012, I was offered an opportunity with the Jewish Federation Association of Connecticut (JFACT). One of my roles was to bring Holocaust survivors into schools to share their stories with students through Voices of Hope, a program under JFACT. Although I myself did not lose family in the Holocaust, this work resonated so deeply with me. I realized that it’s what I was always meant to do. In 2017, the Voices of Hope program became a separate nonprofit. Anna Huttner and I worked with our board to set up Voices of Hope as its own entity, and today we’re co-directors. In addition to sharing survivors’ stories inside and outside of the Jewish community, we’re training the descendants of Holocaust survivors to share the message so that it is truly never forgotten. It’s tremendously fulfilling work and I am so lucky to have a job I love. Our mission is to foster a culture of courage and social action against hate, bigotry, intolerance and indifference. Voices of Hope exists to ensure that we never forget the lessons learned from the Holocaust and other genocides.
When my children were young, most of my volunteering was in their schools or with their extra-curricular activities. I’ve chaired the Mandell JCC Greater Hartford Jewish Book Festival and I serve on their board and several committees there and elsewhere. At Federation, I’ve served on the Israel committee and chaired the Voices women’s event and this year’s HINENI event. And since June of this year, I’ve been a member of Federation’s Board of Directors.
What was your biggest challenge, and what is your proudest accomplishment?
My family is my proudest accomplishment. I’m so proud of my husband Ron, my son Ben and daughter Rachel. I also love spending time with my extended family. I have family nearby and in the Philadelphia area, and I see them regularly and enjoy travelling with them.
Growing up in a Reform synagogue, my biggest challenge was becoming an adult Bat Mitzvah at the Emanuel Synagogue, which is Conservative. It’s the most difficult thing I’ve accomplished and also one of the most important to me. When I felt ready, I made the decision to move forward with my Bat Mitzvah – but I didn’t tell anyone about it for a year, until I was sure I could do it well.
I’m also really proud of how I’ve managed motherhood and my career. When my kids were young, I volunteered in schools and focused on them. Our family’s trip to Israel in 2012 was deeply meaningful to me, and beginning work at JFACT was transformative. It hasn’t been easy to balance everything but I’m proud of what I’ve accomplished so far.
What role has Judaism played in your life?
Growing up, I went to synagogue, was confirmed and I went to Jewish summer camp every year from age 7 to 21. As an adult, Judaism helped me connect to the community when I was new. I found it very welcoming and I met some amazing role models and friends.
The Jewish value of L’Dor V’Dor (from generation to generation) has always been important to me. If we want to create a better world, we have to start by teaching our children to do the right thing.
Is there any advice you’d like to share with other women?
To nominate a Jewish woman from Greater Hartford to be featured in a Women of Impact profile, contact Meredith Chandler, Associate Vice President, Development and Director, Women's Philanthropy at mchandler@jewishhartford.org or 860.727.6125.