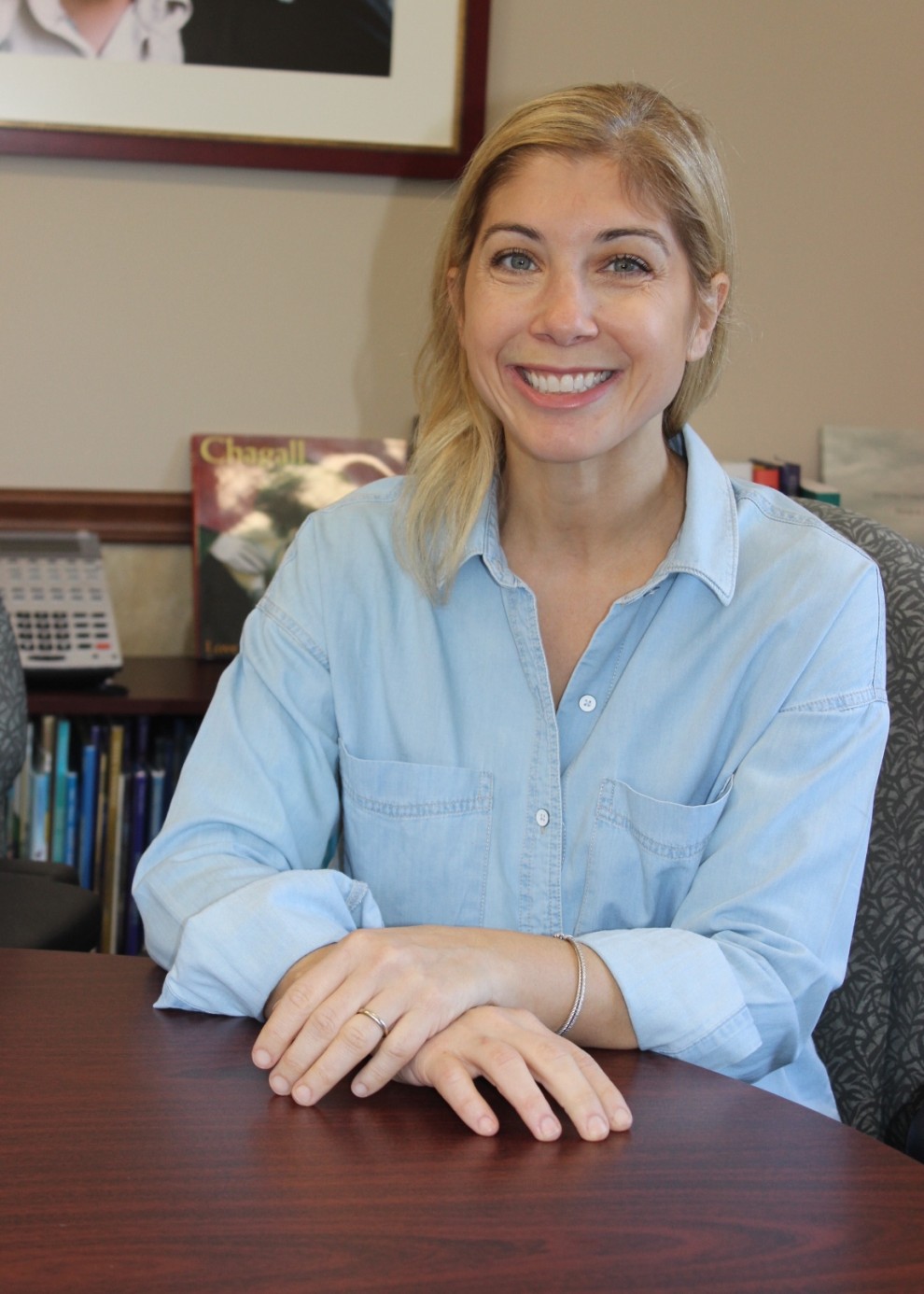 Each month our Women of Impact profile features a local woman, nominated by a local community member, who is making an impact in our community. For this month’s profile, Meredith Chandler spoke with Juanita Moss, who has held several leadership positions at Young Israel of West Hartford and is currently Co-President of the Bess and Paul Sigel Hebrew Academy of Greater Hartford. Juanita was nominated by Federation First Vice Chair Carolyn Gitlin, who said, “I nominated Juanita for her tremendous passion and devotion to our community and the future of our Day Schools.”

My husband, Yitz, and I are originally from Montreal, Canada. The Jewish community has been a part of Montreal since the 1700s; it’s very charitable and has contributed a lot to the city’s success. We took our strong sense of community with us as we moved around during Yitz’s surgical training. We finally came to West Hartford from Chicago seven years ago, and I was in touch with Young Israel of West Hartford even before we moved here, as a way to form some personal connections.

Within the first year of our arrival, I was asked to direct Young Israel’s youth programming. I originally got involved because I wanted to ensure that my four kids would have programs that appealed to them. I later expanded my work to include adult programming and became involved in running many aspects of the synagogue. I love being the friendly face of the synagogue and showing people that there are many ways to get involved.

I served as Young Israel of West Hartford’s Youth Chair for six years and as a Vice Coordinator for two years; I’m currently a Board member at large. Yitz and I are also Co-Presidents of the Bess and Paul Sigel Hebrew Academy of Greater Hartford, and we will continue as Co-Presidents of the New England Jewish Academy when Hebrew Academy officially merges with Hebrew High School of New England at the end of June.

More recently, I’ve had the opportunity to break down silos between different branches of Judaism as a participant in the Jewish Leadership Academy’s Community Leadership Initiative. I’m proud to be able to offer an Orthodox point of view to the conversation, and I’ve enjoyed building my network and sharing ideas with colleagues from across our community.

What was your biggest challenge, and what is your proudest accomplishment?

I don’t feel that I’ve had a greatest setback, per se. The difficult moments I’ve experienced have been opportunities for growth and change. Change in long-standing community institutions is never easy and guaranteed to be controversial. There have been many significant changes at both our synagogue and school while I have been in leadership positions. Working through these changes and keeping all parties happy and engaged has been challenging but also extremely rewarding in seeing a positive end result and ultimately a stronger community.

I am a social worker by training, and I’ve been at home with my four children for a number of years now. They are really my proudest accomplishment. I continue to be amazed at how caring and considerate my children have grown up to be! The time I’ve devoted to raising them and volunteering in the Jewish community has been so well spent. My family supports my volunteer work and my children are now giving back in their own ways. For example, my daughter has volunteered in a leadership program at the JCC and donates a portion of her babysitting money to tzedakah (charity).

I grew up in a modern Orthodox home, and Judaism has always been a big part of my life. My family observed Shabbat and kept kosher, and I attended a Jewish Day School from kindergarten through high school. My Jewish upbringing really shaped who I am today, and my Jewish education gave me a powerful toolkit that I use in everyday life. That’s why I’m so passionate about ensuring that the opportunity to attend Jewish Day School is available to everyone.

More recently, Young Israel of West Hartford played a big role in helping my family get settled in a new community, and it’s a source of great strength and joy for me. Jewish observance is a regular part of our life as a family.

The biggest gift you can give is giving back to the community in any way you can. If you aren’t sure how to get started, just ask the lay leaders of an organization you care about!