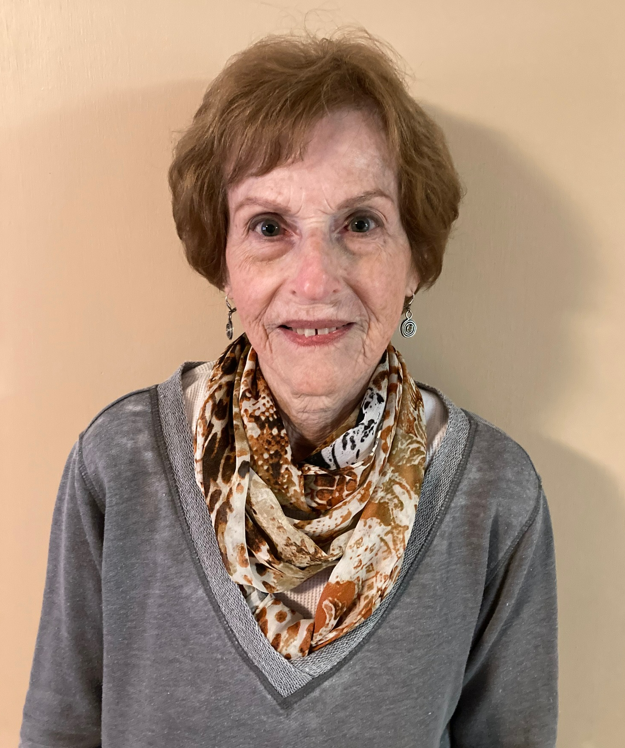 Our Woman of Impact profile features a local woman who is making a notable impact in our community. For this issue, we spoke with Maura Nemirow, a retired psychiatric social worker and lifelong educator. Since retiring from the Rocky Hill School District in 1999, Maura has dedicated herself to a host of volunteer positions, including deep involvement with Jewish Family Services of Greater Hartford (JFS). She has served on the JFS board for decades and continues to donate her time as a volunteer with the Anja Rosenberg Kosher Food Pantry and Tara’s Closet, a program providing clothing for families in need. Maura currently lives in West Hartford, where two of her sons reside. Maura also has a daughter in Wynnewood, Pennsylvania, and six grandchildren.

Tell us a bit about your professional background.
I worked as a psychiatric social worker in the Rocky Hill school system for 21 years. Often, I’d work with students who were just experiencing a difficult time in their lives. Perhaps they’d recently lost a family member, for example. I also worked with special education students, coordinating meetings with their teachers and parents. I got the most satisfaction in working with students with temporary issues: a divorce at home or bullying at school. I could offer counseling, some books to read, and generally provide them support, and they’d be ok after a while. That was very rewarding—to see the relief some kids experienced when they just got the tools they needed to deal with their situation.

What made you want to pursue social work as a career?
I was very involved with our Jewish Community Center (JCC) as a teenager; I worked there during school vacations and at the day camp while I was in college. I also worked as a teen group leader at the JCC for many years, which is how I met Laurie Mandell [associate vice president of development at Jewish Federation of Greater Hartford]. During that time, I also got to know the Jewish communal social workers who worked at JCC. I was very drawn to the impact they had on people’s lives and ability to make a difference. I saw it as a way to give back. Eventually, I married a teacher—and although we didn’t have a lot of money to contribute, I knew I could give of my time and abilities. So, my professional interests really started with the influence of the social workers at JCC.

You’ve been active with Jewish Family Services (JFS) for many years; how did you get involved with their work?
I’ve been doing volunteer work with JFS for 35 years. When I retired in 1999, my children were already grown and on their own, so I started doing more volunteer work with JFS to give back to the community that gave me so much. I taught ESL for Russian immigrants for five or six years. And when those classes ended, mostly because my students had become citizens, I asked, “Where else do you need me?” That’s when I started working at the Anja Rosenberg Kosher Food Pantry, which I still do every Wednesday morning. I also serve on the JFS board.

Do you have any favorite memories from your years of volunteer work?
I’m not sure I’d call it a favorite, but I’ll never forget what I was doing on September 11. I was on my way to teach ESL to Russian immigrants and I heard what was happening on the radio. At around 9:30 a.m., someone came into the classroom to tell me [that the World Trade Center towers had fallen]. To try to make sense of it for my students was very difficult. I was quite upset, myself—but the people seated in front of me were on their way to becoming American citizens. We talked about it often in the days that followed, and even incorporated it into our lessons. I always tried to use whatever I could in my lessons, including what was in the news, to help my students better understand American life.

Also, I never leave JFS without being thanked for what I’ve done. I feel like it should be me thanking them for the opportunity to help others and be a part of a community. Through that work, I’ve made friends and had some very interesting experiences. That’s the benefit; when you help others, you’re enriched. Overall, as I look back, I remember the satisfaction I’ve always felt in giving back to the community, and having a small part in helping meet the needs of others.

How does your work reflect your Jewish faith and values?
Simple—tikkun olam, the obligation to help the community and to serve others. The basis of my Jewish faith, and the basis of Judaism, lies in helping those who are in need.

What would you say to young people who are interested in getting involved in the community and want to make a difference?
Pick up the phone and call the organization you’d like to be a part of; you’ll always be welcomed. We always need young blood and fresh ideas. That’s how we’ll keep these agencies vibrant and here for the next generation. I’d also say that you will get satisfaction in living up to the tenets of our faith.

As a Jewish mother and grandmother, I’m very cognizant of setting an example. One of my granddaughters came with me to the food pantry on a Wednesday morning, and she saw the range of people we help and what we do. She liked helping, and I think it gave her insight, particularly for kids who grow up with not too much to worry about, to see people who need food for themselves and their children. I’m very aware of setting an example through those experiences. This is how we live and what we do—both as Americans and as Jews.