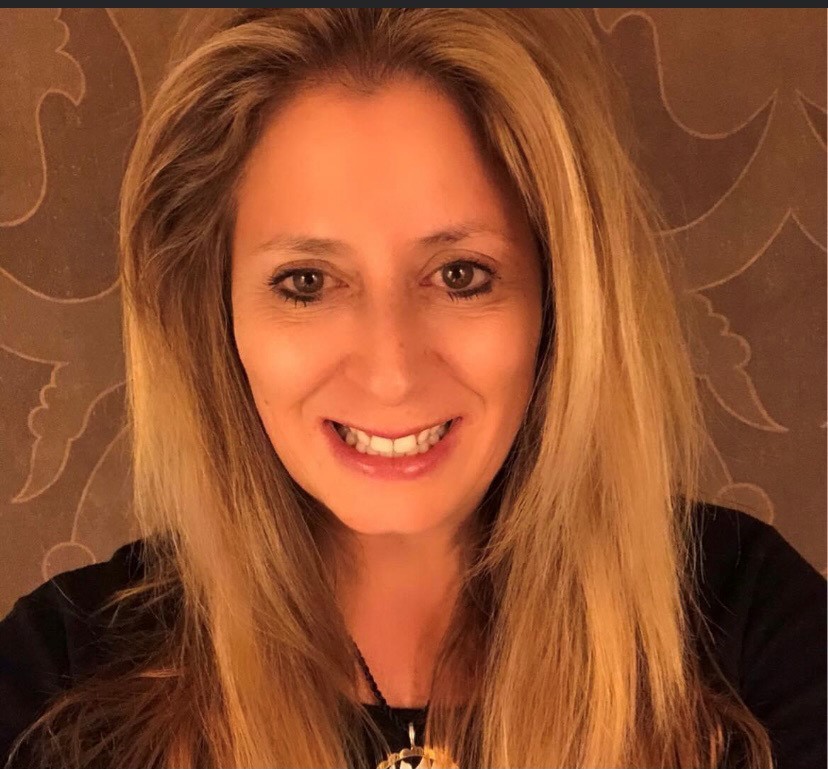 Our Woman of Impact profile features a local woman who is making a notable impact in our community. For this issue, we spoke with Elise Rosenstock, the owner of and creative force behind Elyse Ryan Jewelry and a longstanding supporter of Women's Philanthropy and Federation. Elise has been a Lion of Judah since 2015; she has also served as outreach chair for our Living with Intention events and as co-chair (along with her husband, Jerry) of our 2021 Hineni celebration. She recently contributed a stunning and thoughtful redesign of our Pearl Society necklace, soon available for purchase. Elise has also supported a host of Connecticut nonprofits, including the Connecticut Cancer Foundation, Easter Seals, Alex's Lemonade Stand Foundation, and Friendship Circle. She has two wonderful adult daughters and lives in Avon with her husband. She was nominated by Hayley Wasser, Federation's vice president of development.

What inspires you to be involved in our Jewish community?

Being involved with the community was modeled for me at an early age. My family moved a lot when I was young, and many of the places we lived didn't have a large Jewish community. However, my mother always found a little niche for us through synagogues, the local Federation, and the JCC. She made it a priority for us to be involved, and I've tried to do the same in my adult life. When I lived in Cleveland, I worked with Federation and attended synagogue, and I have continued that tradition here in Hartford. We attend Temple Beth El and both of my daughters were bat mitzvahed there. Hartford is such a special place with a very inclusive Jewish community; I call it our "village of friends."

Being Jewish, including holidays and traditions, always meant so much to my grandparents, and that was handed down to me through my parents. And as a mother, those traditions naturally informed how I raised my children. It was important to my mother that we identified as Jewish and upheld the traditions — and even if we were living in a place where my school didn't recognize Jewish holidays, we always did so as a family. We weren't the most religious home, but I understood that we were Jewish and proud of it. As a result of that upbringing, I'm very much a "traditions person." I remember sitting with my mother and grandmother at synagogue, baking Russian tea biscuits together, etcetera — and now that I have grandchildren, I want to create traditions that they'll have throughout their lives.

How did you discover your passion for jewelry making?

I've always loved the arts, so when a friend of mine in Cleveland started dabbling with beads, I really took to it. We started wearing what we made in public and people commented on it. I loved creating something that other people were drawn to. When we moved to Connecticut I'd been making jewelry for about two years, and even though we really didn't know anyone here, several parents from my daughters' school hosted jewelry parties in their homes. From there, the business just kept growing until Elyse Ryan was in Saks Fifth Avenue, Bloomingdales, 50 guild stores throughout the country, and eventually on QVC.

You've used your jewelry to support many different causes over the years. How did you find that path?

I was asked to help raise money to cover medical expenses for Laura Santiago, a local girl in Avon living with neuroblastoma. That was a life-changing day. She was suffering so greatly, and when I heard that her favorite color was purple, I designed a pearl necklace with purple crystals; it was so moving to me to see everyone wearing Laura's necklace. Then I was doing a presentation at QVC and I had another necklace in my pocket, designed for Alexandra Scott, the little girl behind Alex's Lemonade Foundation. We launched the necklace right there on QVC and raised more than $1 million for pediatric cancer research! All of this changed the path of Elyse Ryan. Jewelry is beautiful and fun, but it's just a thing. When you can create something with a story that unites people, opens dialogue, and raises money for what matters most, you can really make a difference.

What advice do you have for other women who would like to get involved?

Number one: Call Federation if you're new to the area and want to get involved. Then, find events that you want to go to and let people there know you're new. I promise they'll embrace and engage you. You will definitely find your place at Federation here in Hartford.