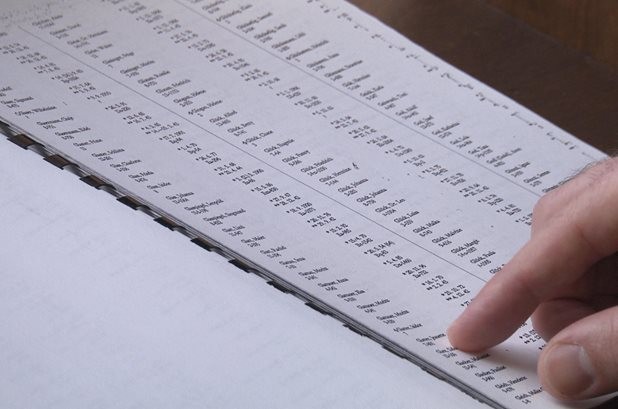 What is the meaning of a name when the person who holds it is no longer with us? Can a name sufficiently capture the essence of the person who bears it? How do we remember and honor a person whose only legacy is their name?

On Monday, I had the solemn privilege of participating in a daylong ceremony sponsored by Voices of Hope to remember Holocaust victims by reading their names aloud. I stood alone in the Mandell JCC's Chase Gallery, behind a row of lit Yizkor candles, quietly reciting name after name of individuals who were wiped from the face of the Earth in a carefully orchestrated, mass act of unimaginable cruelty.

As I read each name, I imagined the person who held it. Who were they? What joys did they celebrate? What accomplishments did they leave behind? Who did they love, and who loved them? The names I read represented sisters and brothers, mothers and fathers, and so many helpless children... so many families who lived and died together. We pause to remember them each year at Yom HaShoah, on the 27th of Nisan and beyond.

On Wednesday evening, I took part in a Yom HaZikaron ceremony at the Mandell JCC to remember those whose lives have been lost defending the State of Israel. Israel Memorial Day is a somber day, and though some around me were weeping, what caught my attention was the number of young people gathered there. Most were Israeli, and most are not yet old enough to serve in the Israel Defense Force. Their pride in their heritage was palpable.

Through the sadness, I could see our Jewish future right in front of me - and it is bright. Someday, when you and I are only names on a piece of paper, our Jewish community will continue in the strong, capable hands of our children and grandchildren.

May all of our memories be for a blessing.