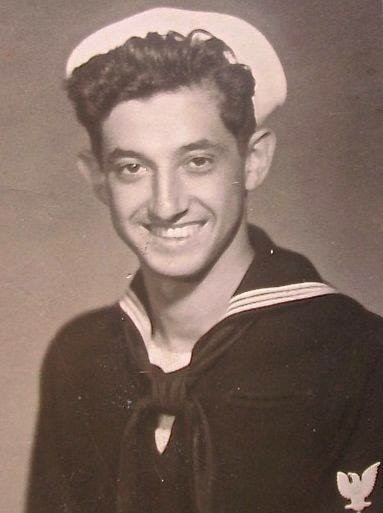 It was December 1969. I sat with my father, a WWII Navy veteran, my mother, and my younger siblings listening as the first Vietnam era draft numbers were read. I will never forget the anxiety and trepidation I felt as I realized that my life trajectory might no longer be in my hands. I saw the worry on my parents' faces and the anticipation in my father's eyes as he wrestled with the fact that his eldest son might go off to war, just as he had over 20 years earlier. While I had a very low number and was not drafted, many of my friends and family members were called up in the months and years that followed.

This week's Torah portion, B'Midbar, the first chapter in the Book of Numbers, opens with a commandment that the Israelites take a census and that Moses and Aaron record "every male by groups, from age 20 years up, all those in Israel who can bear arms."

This Shabbat we prepare ourselves for Memorial Day. It is a time to recognize and honor those who gave their lives - those who paid the highest price to protect the freedoms we all enjoy. There are other times to examine the reasons for wars and conflicts. On Memorial Day, we should appreciate the human toll: the impact of military service on those who survive, on the families left behind and on our communities who share in the sacrifice.

Next week, Jews around the world will gather to celebrate Shavuot - the commemoration of the giving of our Torah, which provided the ethical and moral principles that form the foundation of our modern society. We'll eat a lot of dairy and read from the Book of Ruth. The story of Ruth and Naomi demonstrates how people of different backgrounds can share bonds of love and friendship that transcend cultural differences.

With these two powerful themes - shared ethical and moral values, along with tolerance and acceptance - a vision of peace is possible. We must always remember and honor those who sacrificed to protect our lives and values. But we can also pray for a time when this sacrifice will no longer be necessary, a time when we can all live in peace. To achieve universal peace, we must keep alive the hope that it is possible.

Wishing you a Shabbat Shalom, a meaningful Memorial Day, and a Chag Shavuot Sameach.