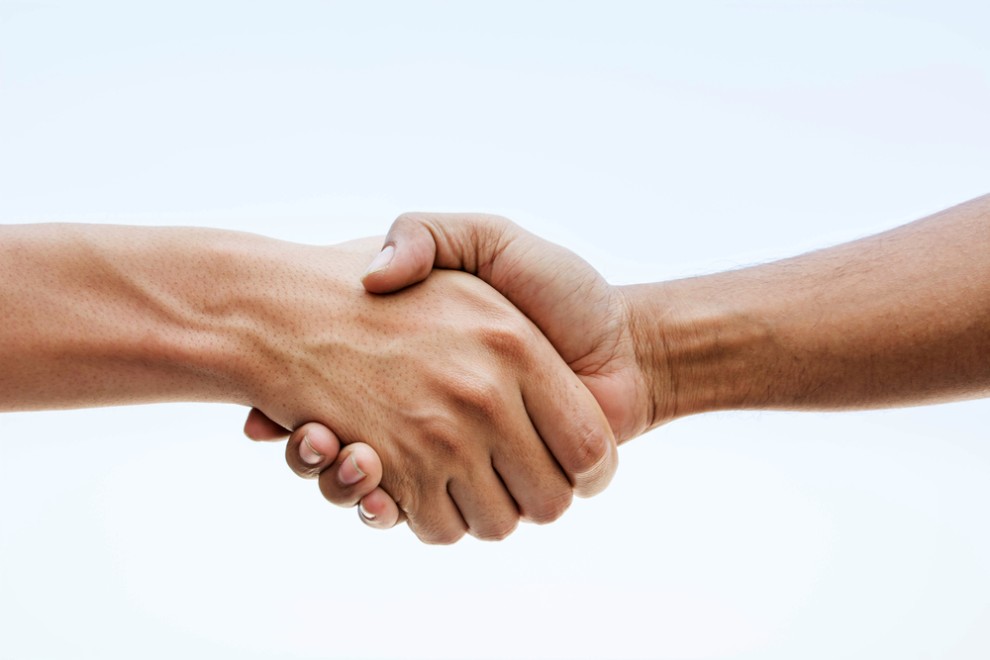 Have you noticed that it is getting harder and harder to speak to one another about things we consider vitally important? Have you noticed how we sometimes shy away from engaging in difficult conversations - and when we do, they often devolve into something unpleasant?

You are not alone. Finding ways to engage in civil, respectful debate has become more and more difficult. That's why the Federation is committed to helping our community engage in difficult conversations in ways that strengthen rather than divide us.

This week we hosted two internationally renowned journalists who are not only colleagues and friends but who also represent strongly opposing views on most issues. Jonathan Tobin, a conservative writer and commentator and former executive editor of our own Connecticut Jewish Ledger, and J.J. Goldberg, a well known left-wing progressive journalist and current editor of The Forward, were our guests for two programs. These bright, well-informed men openly debated issues of U.S. domestic policy, Middle East peace and the Israeli settlement controversy. Most impressive, they showed us how to discuss difficult issues without the rancor and emotion that often plagues such conversations. They modeled effective civil discourse.

Later in the week, I ran into Dr Leon Chameides, who had attended both events and was struck by our speakers' ability to engage in controversial debate while remaining respectful. He was reminded of an essay written by his father, Rabbi Kalman Chameides of blessed memory, in 1934 as a commentary to his community in Katowice, Poland, on the eve of the Holocaust. Rabbi Chameides based his essay on this story found in the Talmud:

Rabbi Akiba had 24,000 students. They all died between Pesach and Shavuot because they did not show respect for each other. (Yevamot 62b)

Rabbi Chameides asks the question, "Did these bearers and students of the Jewish tradition have to die merely because they did not respect each other?" He points out that the "Jewish scholarly system is unique in having a distinction that differentiates it from all other educational systems. It is a system of long, ongoing discussions." He continues to explain that "in order to be a productive discussion, it must include friendship, honesty and the love of truth." Was this enough justification for 24,000 students to die? Rabbi Chameides explains the true nature of their "death": "Rabbi Akiba had 24,000 students. Since they did not love or respect each other, their scholarship was dead and they no longer contributed to the development of Judaism."

Rabbi Chameides concludes with a message just as relevant today as it was 80 years ago. "We are people of discussions. The themes have changed but the form of the dialogue has remained the same. But unfortunately nowadays, we listen only to our own voice. We pay no attention to the voices of our opponents. That's why there is so much noise, so much hatred. The battle goes on passionately."

Shabbat is a time to reflect, a time to reconsider, and a time to commit to finding better ways. Let's all dedicate ourselves to respecting the views of others. Let's be willing to risk a difficult conversation based on fact, not emotion, and let's agree to shake hands or share a kind word or a hug when we conclude such conversations - because it's the right thing to do.