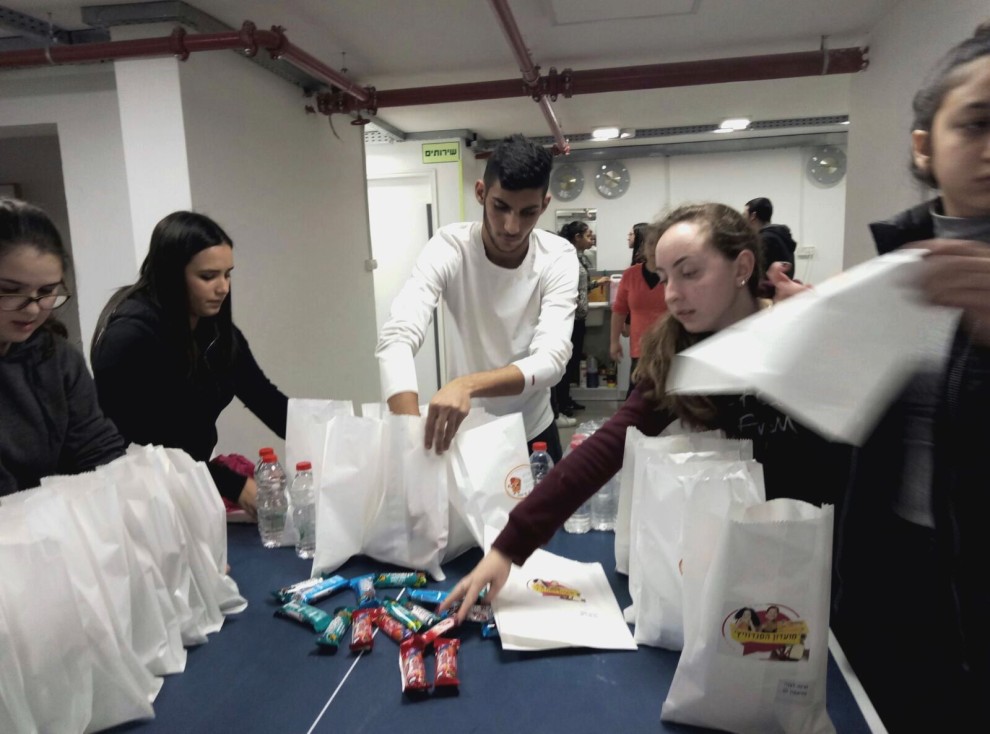 Your generous contributions to Federation’s Annual Campaign help to build a social and cultural “living bridge” between Israel and the U.S. In fact, our Federation is part of the Southern New England Consortium (SNEC) through the Jewish Agency for Israel’s Partnership2Gether initiative. Since 1994, we’ve partnered with the Afula-Gilboa region in northern Israel and provided support to several organizations there.

We were deeply touched (and our mouths may have watered just a little!) when Naveh Yogev, P2G Director of Afula-Gilboa-Southern New England, shared the following heartwarming story about one beneficiary of our partnership: the Sandwich Club program for youth.

Prior to the pandemic, underprivileged teenagers in Afula needed a neutral place to gather, play sports, and socialize. The Afula Crowns Community Center warmly welcomed them, generously offering use of their space. Like most growing youth, these teenagers were hungry! Realizing this, a kitchen was set up so they could cook their own meals. Originally, only 15 kids showed up. But once food was provided? That number quickly grew to 50!

One day a boy asked if he could take his meal home, instead of eating it there. Selflessly, he said he would rather feed his hungry little brother than eat it himself. From that day forward, the hungry teenagers were fed on the condition that once they finished their meals, they would make 200 sandwiches for distribution to local schools. The school principals — in cooperation with the Welfare Department — selected the recipients of the discreetly delivered sandwiches.

The community center also appointed a youth leader to the Sandwich Club. To quote Itzik Pahima, who himself had overcome many life struggles though rehabilitation, “My life goal is to prevent teenagers from becoming what I used to be.”

Unfortunately, due to the pandemic, the Sandwich Club is not currently operating on a daily basis. Between lockdowns, teenagers had been preparing 90 sandwiches each day while also assisting with the distribution of food baskets to the Afula elderly. At the moment, however, youth activity and youth movements are not allowed to operate.

But rest assured — once it’s safe to do so, the Sandwich Club will reopen and continue its win-win activity: assisting at-risk teens while simultaneously supplying sandwiches to underprivileged kids.

Click here to learn more about SNEC's partnership with Afula-Gilboa.

Photo caption: Prior to the COVID-19 pandemic, at-risk teens in Afula enjoyed a delicious meal and made sandwiches for local kids in need each day at the Sandwich Club. They look forward to resuming the program when the pandemic is over. Image courtesy of SNEC/JAFI.