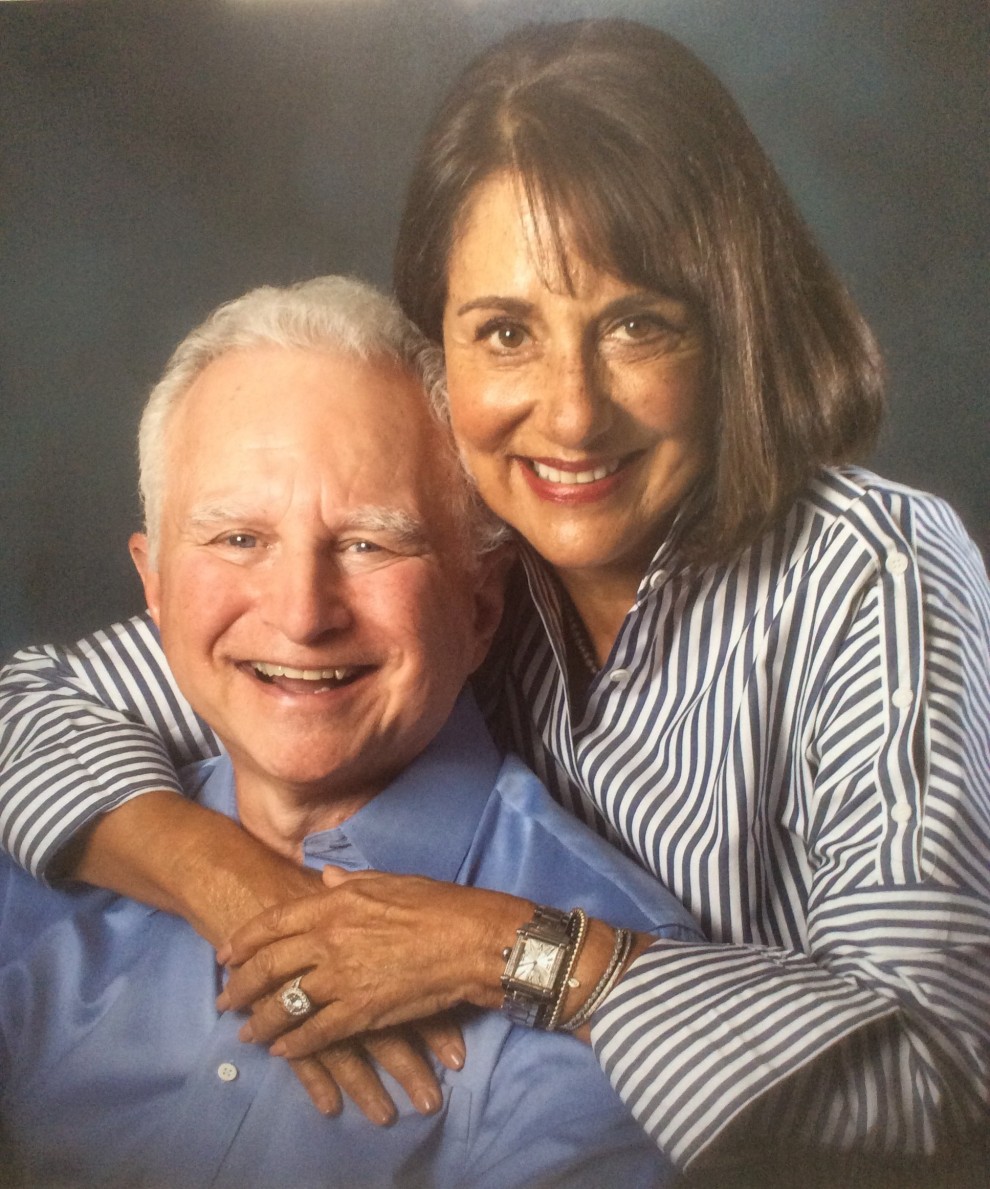 Carpe diem: "Seize the day." The phrase may be Latin, but the concept is very Jewish ― and it is amply illustrated in both the story of Hanukkah and this week’s Torah portion, Mikeitz. The Maccabees' utterly improbable military victories ― and Joseph’s equally improbable rise from imprisoned slave to political advisor with the power to save a nation from famine ― underscore that Judaism is a religion of action. Carpe diem also describes the character of Ron and Judy Schlossberg. While building thriving businesses, they have stepped forward again and again to meet community needs with creative vision and generous hearts. They recently took an extraordinary step to ensure that our Jewish community thrives well into the future, and we are deeply grateful.

Why Should the Lawyers Have All the Joy?

Let us agree at the outset that despite the title, this is not a negative piece about lawyers. In fact, some of my best friends are lawyers. (Well, at least one.) Rather, this is about all of us getting our fair share of joy that would otherwise default exclusively to members of the bar.

On the subject of joy, my wife Judy and I consider ourselves to be philanthropists. Now don’t confuse us with the Titanium- and Platinum-level folks that are listed at the top of every donor roll. We are more often within the Iron Ore group, which suits us just fine. Our claim to being philanthropists is rooted in the pure joy received from helping others with the dollars we have to share. It is highly doubtful that anyone obtains more joy per dollar than do we.

Now, we will get to the lawyer part soon, but you need some background to understand where this story is going.

When Judy turned 50 back in 1996, I naturally inquired how she would like to mark this happy occasion. She said she wanted one of those Lion of Judah pins. When I inquired as to the cost, I was told it was $5,000, but the good news… it was tax deductible because you wrote the check to Federation. And Judy became a Lion, and I learned the following year that the $5,000 was an annual expense. (Okay, sometimes you forget to ask the essential question.) And as the years passed, Judy became increasingly involved in Federation, which is another way of expressing that she clawed her way up to Board Chair.

During that happy journey ― in late 2004, as I recall ― Judy became very excited about a little flame that could be added to her Lion of Judah pin. That small physical addition symbolized that her Lion of Judah membership would be endowed in perpetuity. A one-time pledge of $125,000 would do the trick nicely. (Well, that’s not exactly chump change. Remember what I said about us being Iron Ore donors.)

So, we figured out a simple plan. Without any out-of-pocket expense, Judy arranged to set up a Lion of Judah Endowment fund at the Jewish Community Foundation, for the benefit of the Federation. She opened a new IRA naming her fund as beneficiary and transferred $25,000 from her then-existing IRA to get the ball rolling. We also took out an inexpensive $100,000 term policy on Judy’s life to cover the balance of the pledge, hoping that when the term policy expired, the IRA would have grown to cover most of the pledge. The bottom line? You don’t have to be rich to endow a Lion of Judah membership. (Actually, a pledge doesn’t have to cost anything when you first make it. We love to make promises that we intend to find a way of keeping.)

Well, we began saving, the years passed, the stock market grew, all tax-free, dividends were automatically reinvested, and occasionally we would add a few dollars. Then… and you’ll never believe this one, but I swear it is all true… Judy found out there was a King David level of endowment for only $75,000 more. And we thought of all the extra joy we would get from raising our pledge to a $200,000 endowment. (Oy!)

So now it’s 2021, seventeen years have passed in an instant, and the IRA has grown to $200,000. Meanwhile, we’re sitting around congratulating ourselves, imagining our estate lawyer handing a $200,000 check to the Foundation to establish Judy’s Lion of Judah Endowment fund — maybe there will even be a ceremony! — and Federation finally getting the benefit of our pledge. Won’t he be the hero!

There has to be a better ending to this story… and there is.

Judy decided that since we’ve already saved what we need to fulfill our endowment pledge, why not turn over the money to the Foundation now, while she is alive (which, hopefully, she will remain for many more years thanks to her COVID-19 booster shot)? That way, we can have the immense joy that comes from giving Federation a little extra something each year from her endowed fund, without even writing a check!

And that’s how we stole a little joy from our estate lawyer (believe me, there will be adequate happiness left over for him) and tried to make the world a better place at the same time.

Are you in the same position — do you have an endowment that was written as a bequest but that you can fulfill now? Why not give it some thought? Why should the lawyers have all the joy?