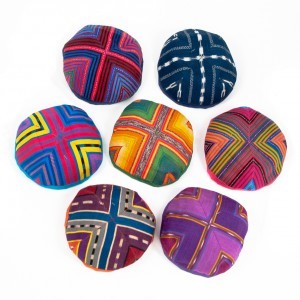 The Torah portion this Shabbat, Noach, contains not one but two famous stories of humanity's past: Noah and the flood, and the Tower of Babel.

There was a time when everyone on Earth had the same language. Human society was so cohesive that people decided to "build a city and a tower with its top in the sky, to make a name for ourselves else we shall be scattered all over the world."

Recognizing that humanity is better served with greater diversity, not less, G-d destroyed the Tower of Babel, "confounded their speech so they would not understand each other and scattered the people over the face of the whole Earth."

Although it may seem cruel, this Divine action was a lesson in humility - and it allowed us to reap a new blessing: diversity. The story suggests that we are meant to rejoice in our differences and celebrate that which makes us unique and special.

As Rabbi Jonathan Sacks says in his book The Dignity of Difference, "Religion is the translation of God into a particular language and thus into the life of a group, a nation, a community of faith. In the course of history, God has spoken to mankind in many languages: through Judaism to Jews, Christianity to Christians, Islam to Muslims."

At Federation, we embrace diversity both within our own Jewish community and in the world at large. We know that strong and supportive relationships with our broader community make all of us stronger and safer. We all need good neighbors and friends who will be there for us and who we will support in times of trouble. This is why Federation offers and participates in a variety of programs that celebrate our common humanity and encourage us to learn from one another.

Just as we pursue closer ties with our non-Jewish neighbors, we embrace the diversity in our local Jewish community. We are enriched by the traditions of Jews from Israel, the Middle East, South America, Africa, India and China who have made Greater Hartford their home. We learn so much about perseverance and freedom from our brethren from the Former Soviet Union. And thanks to our Israeli neighbors and our Young Emissaries, we can travel the "living bridge" between the U.S. and Israel without leaving home.

In turn, we strive to ensure that every Jew feels welcomed here. A very recent example is our new LGBTQ initiative: Federation is working with other local Jewish agencies and the national organization Keshet to create safe spaces for Jewish teens and adults who identify as sexual and gender minorities.

We are one Jewish community with many faces, skin tones, languages and practices. We share powerful core values that define who we are as individuals, who we are collectively, and who we aspire to be as we evolve.