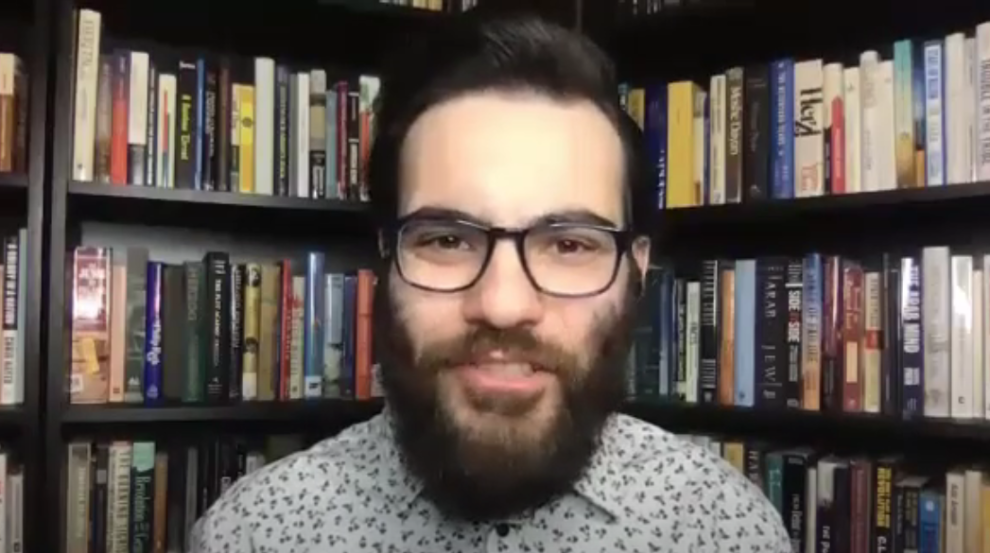 Zionism is often misunderstood in progressive circles, and it has become more and more challenging for those who love Israel to advocate on its behalf. One of the missions of Federation's Jewish Community Relations Council (JCRC) is to enhance the understanding of Israel inside and outside the Jewish community - and it is to this end that the JCRC's Israel Task Force held a leadership briefing last week with noted Israel advocate Zachary Schaffer, executive director of the Council of Young Jewish Presidents.
Schaffer shared perspectives and strategies for reclaiming Zionism as a progressive cause with leaders from across our Jewish community. He noted that many progressives mistakenly view Zionism through the lenses of colonialism and white supremacy - not remembering that Jews have endured persecution and longed for a return to their homeland for millennia and that they come from many ethnic backgrounds. This in itself is a form of erasure, a concept familiar to those in social justice movements. Schaffer explained that Jews and Israelis deserve to be centered in conversations about Israel just as members of other marginalized groups deserve to be centered in conversations about their dreams and struggles, and that Jews, like all other peoples, have a right to self-determination. He also challenged Jewish leaders to point out the implicit bias in some progressive arguments against Israel, noting that there is no reason for the Jewish state to be uniquely singled out for criticism in a political landscape rife with injustice. Zionism is a long-held dream; political realities are often messy, but that doesn’t invalidate the dream.
Schaffer shared these tips we can all use in our conversations with progressives:
“We can use what we learned from Zach’s presentation to better partner with the progressive community,” said Norm Sondheimer, chair of the JCRC’s Israel Task Force. “It's important that we understand their concerns and that they understand the need for a Jewish state.”
The JCRC’s next Israel-related program is a free, community-wide webinar on the Israeli elections with Herb Keinon, a senior contributing editor and analyst at The Jerusalem Post, on Monday, February 22. All are welcome to attend. Click here to register.
Above: Noted Israel advocate Zach Schaffer shared strategies for discussing Israel with progressives during a leadership briefing last week.