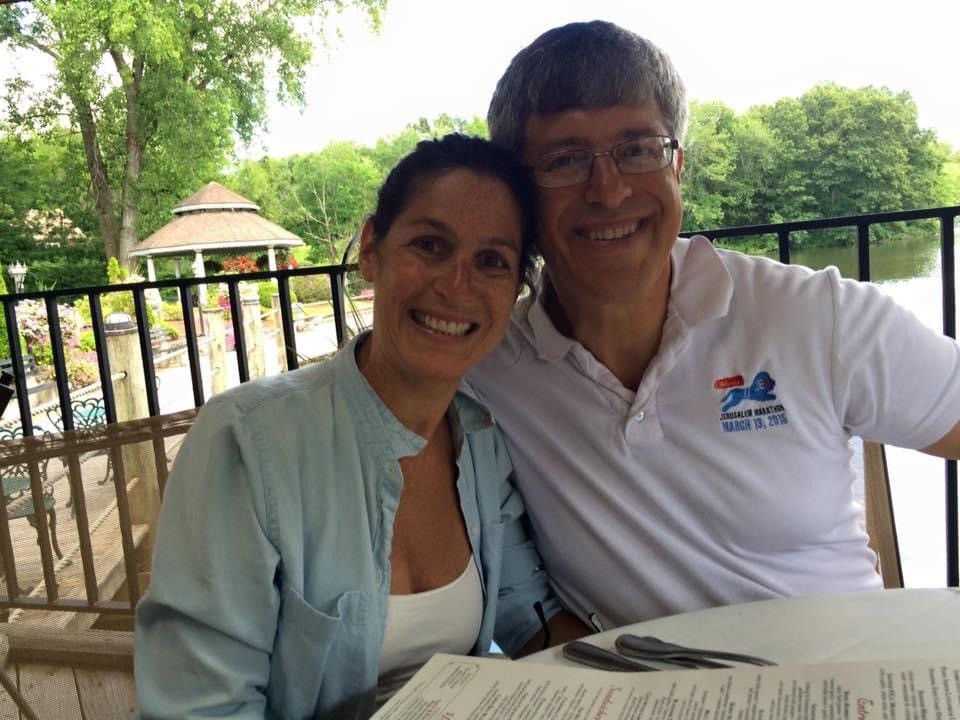 Get ready to embark on a wonderfully inspiring adventure with two key figures in our local Jewish community: Rabbi Jeff Glickman and Mindy Glickman. Jeff and Mindy haven’t allowed these turbulent times to deter them from repairing the world. In fact, in January they embarked on a month-long RV mitzvah tour of the United States where they visited nonprofits and many synagogues and met people from all walks of life who are making a difference in their communities. Since returning from their tour, Jeff and Mindy have been sharing what they learned and calling others to action. Read on to learn more about the Glickmans and their mission.

Please tell us a little about yourselves.

RABBI JEFF GLICKMAN: I’ve been the rabbi at Temple Beth Hillel in South Windsor for 27 years. Mindy and I have been married for 13 years. When we met, we said that life has taken a turn to the wonderful.

MINDY GLICKMAN: I originally hail from New York. I own a tuxedo business — and especially during my child-rearing years, the work of running a business made it hard to say “yes” very often to my Jewish community. But now that my children are grown, I’ve been able to say yes to many wonderful opportunities, one of which is serving on the board of the Jewish Federation of Greater Hartford. I’ve been so impressed with Federation’s recent leadership; it's really an honor to be involved. I'm also involved with the JDC and serve on the board of the Arava Institute and a community leader with Momentum and Mitzvah Mamas. Jeff and I are also members of South Windsor Lions Club. We care deeply about our local community and the Jewish community.

What made you decide to embark on this tour?

RABBI GLICKMAN: About a year ago, an idea hit me like a freight train: I realized that events far away affect us locally. There was so much hurting, isolation, fear, and division in America. And we decided it was time to invest in people.

How did you make the tour work safely amidst a pandemic?

RABBI GLICKMAN: In January, we drove 12,000 miles around the United States, without going into a single building. We did everything via Zoom or outdoors. We mostly met with heads of congregations and organizations in faraway places. We also met with small United Ways and asked them what they needed. We spent a lot of time in Alabama, which I had never visited before, and then we went to the Texas and Mexico border.

MINDY: We chose the southern route thinking it would be warm – or at least warmer! But it was quite cold at times; we wrapped up in blankets and sat in garages with the doors open. We also discovered that so many people felt isolated during the pandemic, especially seniors and synagogue members who lived far away from their congregations. We mobilized volunteers to reach out to some of these homebound folks. And as we traveled, Jeff and I shared warm greetings from Temple Beth Hillel members back at home with our newfound friends.

What were the most memorable places, experiences, and people on your tour?

MINDY: One of the most memorable people I met was the president of a synagogue in Lake Charles, Louisiana. We met in January of 2021, just a few months after they were hit with their second hurricane. We had called him from the road to ask about internet connections while we were in Louisiana. And without even meeting us, he invited us to park in his yard — even though it was still practically in ruins from the hurricanes. His roof had blown off and he was cooking outdoors due to hurricane damage; that’s how he was living! Thanks to his hospitality, we were able to hook up to his internet and hold Shabbat services from his yard. We also got to tour the synagogue, which was being renovated. We saw firsthand the incredible resilience of the small, yet mighty Jewish community. We saw tiny synagogues across the South, some with only 10 or 20 families. The people who make them function are heroes.

RABBI GLICKMAN: We met a man named Art outside a soup kitchen in Colorado. He was 69 years old and had been homeless since age 16. He told us that he chose to be homeless; it was fascinating to hear him explain why. Despite not having much at all, Art told us he shares his food, blankets, and clothing with other people in need. I tried to give him $100 that had been gifted to us for distribution on our trip. But he wouldn’t accept it. I asked him if he knew someone else who could use the money, and only at that point was he was willing to accept it… so he could pass it on. So many people don’t view the homeless as people, but we heard lots of stories like this during our travels.

As a follow-up to your tour, you decided to give away 15% of your net worth to charity over the next couple of years. What inspired you to do this?

RABBI GLICKMAN: When we began our tour, the world seemed like a dark place – but we have hope. We believe we can make a difference by investing in people. So we added up the house, the retirement fund, the cars, everything. And we sold off about 15% of it.

The Book of Ecclesiastes says, “Cast your bread upon the waters and it will come back to you eight-fold.” If you tear down the wall between “mine” and “yours,” all kinds of opportunities open up. And we found that it was not so much the amount of money we gave as the fact that we reached out. We could have given to our local library — and we do — but we decided to donate to 2,000-plus libraries all over the country. And people were touched by the fact that we noticed. If you give far away, it has tremendous benefits there and here. Because what people and organizations do all over the United States ends up affecting us here in Connecticut. We are all in this together.

MINDY: There is so much good being done, and people are so happy to be noticed for their day-to-day work. Our donations weren’t huge - but they touched people and energized them. It inspired us to share our call to action: “Give Locally Everywhere.” We hope more people will pick a place and make a small donation, because it causes a ripple effect. We’ve received amazing thank-you notes telling how our gifts have been used.

What’s next for Tour to the Wonderful?

MINDY: We're not sure exactly where Tour to the Wonderful will take us next. But we still have some money in the fund that we're giving away. We’re trying our best to be intentional with it; and to do that you have to be creative and open, to make the most significant impact. The tour has made us so much more aware of how local faraway events affect us. It reminded us of the obligation we have as Jews to do good.

RABBI GLICKMAN: The more we travel, the larger our circle of awareness grows. So even though our trip was physically only one month long, the impact continues. And we hope it will inspire other people to step up and do similar things.

To keep up with Tour to the Wonderful, join the Facebook group, read the blog, or tune in to the podcast.