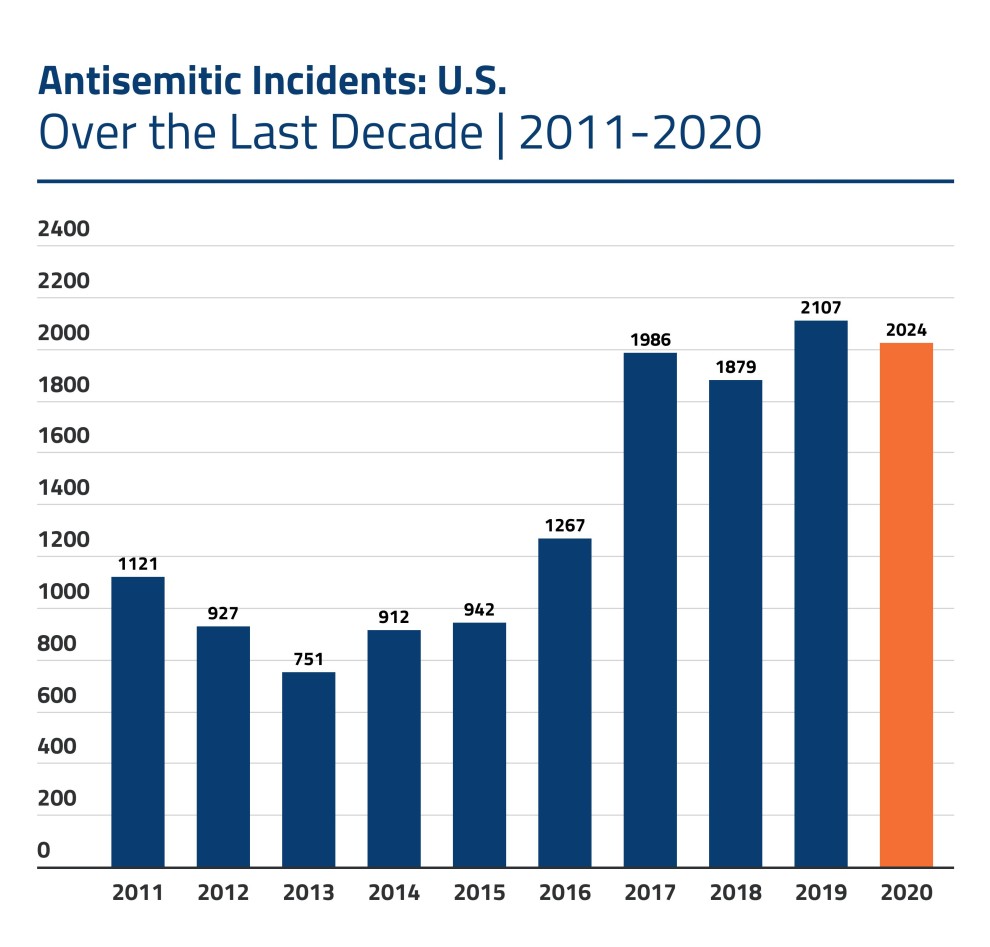 ADL is a national organization that works to stop the defamation of the Jewish people and to secure justice and fair treatment for all. With its Annual Audit tracking more than 2,000 incidents across the U.S. last year — the third-highest yearly total on record — ADL’s work is more imperative than ever. Below, Lisa Ratcliff, director of community engagement at our partner organization, ADL Connecticut, shares local and national ways ADL is continuing the fight against antisemitism and hate.

ADL’s national Audit of Antisemitic Incidents for 2020 shows that antisemitic incidents remained at a historically high level across the United States— with 2,024 incidents of assault, harassment, and vandalism reported. However, we are pleased to report that ADL Connecticut’s local efforts are paying off: we saw a 35 percent reduction in statewide antisemitic incidents last year compared with the prior year.

“We have seen fewer incidents on college campuses and in schools,” noted ADL Connecticut Director Steve Ginsburg. “However, online harassment such as Zoom bombings is becoming an increasingly worrisome trend. It is not uncommon for antisemitism to surface during complex and troubling times…. it has so often been the canary in the coal mine of hatred,” he added. “We need to be hypervigilant about hate in all its forms.”

Everyone can make a difference in the fight against antisemitism and all forms of bias. We hope you’ll use the following resources to help us fight hate:

Caption: This graph from ADL's Audit of Antisemitic Incidents for 2020 shows nationwide trends in antisemitic incidents over the last decade.