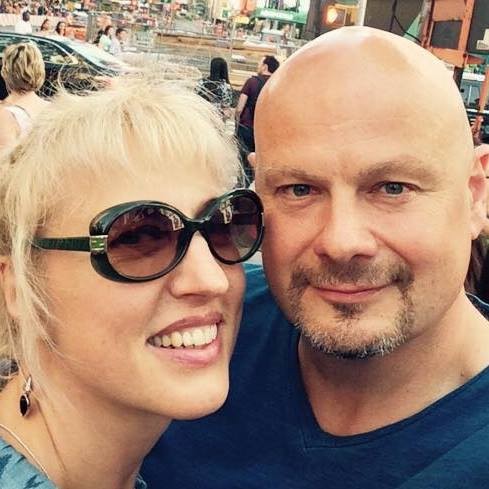 On Friday night, Jews around the world will gather to celebrate the miracle of Passover and the freedom our people achieved through the relentless efforts of Moses, guided by divine support. During the Seder, we will remember the suffering of the Egyptians and the pain and cost of achieving our freedom, inflicted on both the enslavers and the enslaved.

Unfortunately, I know of one West Hartford resident who will not be able to celebrate Passover this year. Oleg Mashkov fled religious persecution in Russia over 23 years ago. Since his arrival on a work visa, he has repeatedly tried to gain permanent legal status. Every effort to obtain a green card or asylum has been denied. Although Oleg has never been convicted of a crime and is a hardworking, tax-paying, contributing member of our society, he is now being deported back to Russia by U.S. Immigration and Customs Enforcement (ICE).

Oleg was forced to purchase a one-way ticket to Russia and made to wear an ankle bracelet to track his movements until his departure. He was scheduled to leave for Russia last week but held out hope that his final appeal would be granted. At the last minute, Oleg learned that his appeal was denied - and it sent him into a downward spiral that resulted in hospitalization. Oleg now fears that upon discharge from the hospital - likely in a few days - he will be met by ICE agents, transported to a detention center and placed on a plane back to Russia.

Yesterday I received a call from a local official asking if the Federation could help. It is not at all clear what Federation can do in this case except to spread the word about Oleg and his situation. It pains me to think that our global Jewish community was instrumental in securing the release of thousands of Soviet Jews who were being denied the basic religious freedoms we take for granted... and now the very country that opened its arms to Oleg is trying to deport him. It is particularly poignant that Oleg's situation is reaching a climax at Passover, our season of freedom.

I ask that each of you remember Oleg at your Seder this year. The struggle for freedom is more than just a story we remember once a year. Oleg is just one of thousands whose freedom is in jeopardy.

This Pesach, let us all pray that the message of freedom and compassion will be heard throughout our land, and that compassion and good sense will prevail.

Shabbat Shalom, and Chag Sameach, to you and your friends and family.