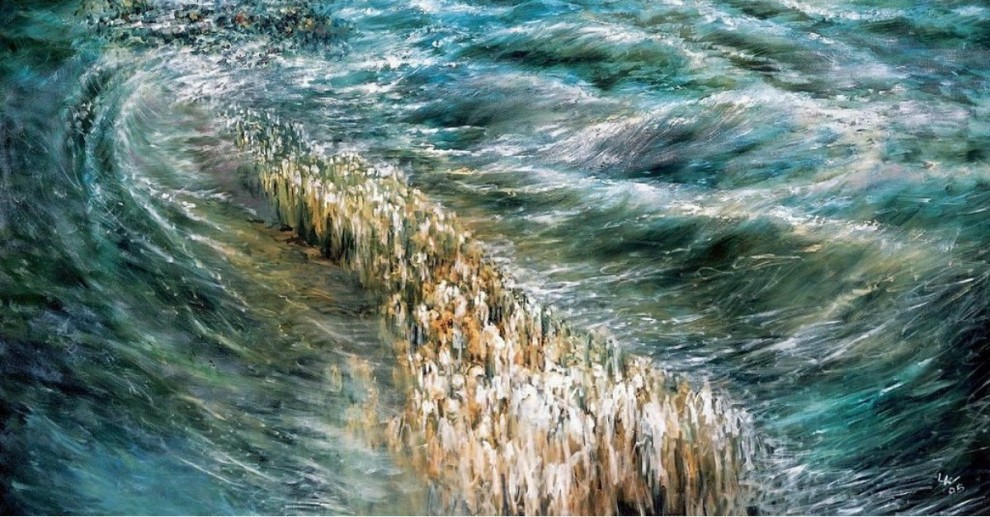 It is a thing to celebrate, becoming free from slavery and oppression. But happens next? What happens when you are forced to leave unimaginable conditions and have no place to find refuge? What happens when doors are shut and options evaporate and freedom becomes another form of desperation? What happens when the only choice is to flee to the desert for 40 years?

I recently read a report on immigration that referred to immigrants as people with "low physical and mental standards, who were filthy and often dangerous in their habits." They were referred to as "un-American." This report was written in 1921 about immigrants from Europe and Russia, including my grandparents and so many other Jews who fled poverty and pogroms. It was this very sentiment that led to the immigration quotas that ultimately drove the number of Jewish immigrants from 120,000 in 1921 to 10,000 some three years later.

This week's Torah portion, Bo, continues the story of the Exodus and reiterates Moses' now famous appeal, "Let my people go." As Jews, we have a unique perspective on being forced to leave places where we had achieved a relative degree of comfort only to become targets of intolerance, brutality and worse. We feel it deep in our souls. That is why so many of us are so troubled by the plight of the thousands of children, adults and families who are fleeing each day the horrors of war and ethnic discrimination.

As we read each year at the Passover Seder, "We were once slaves, and now we are free." Our history obligates us to speak for those who have been silenced. Our people endured the same xenophobic attitudes that are now levied against others. All people of faith and conscience - and especially those of us with a shared experience - should feel obligated to find a solution for those who are suffering and dying today because they have no place to go.

The Jewish community has rallied together with Federation and our international partners to address most of the serious immigration problems facing Jews in crisis. In North Africa, Ethiopia and the Former Soviet Union, we've demonstrated the courage and collective power to help Jews resettle and build new lives.

Federation and its partners have also joined forces to address the plight of Syrian refugees and other displaced communities. We've done so globally through the Jewish Coalition for Disaster Relief and locally through efforts to resettle Syrian families in West Hartford. But there is much more to do.

This Shabbat, I challenge us all to consider how we can welcome those who seek refuge in our own towns and neighborhoods. How can we, individually and collectively, extend a helping hand to those who seek a new home, a safe home, a welcoming home?