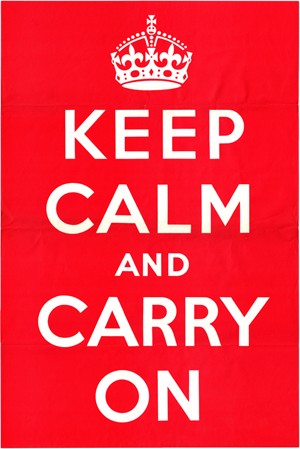 Friends, in this week's Shabbat message Michelle Bonner, the Mandell JCC's new Marketing Director, reflects on what we can learn from our matriarch Sarah about fear. Shabbat Shalom. - Howard

In the wake of the recent church shooting in Texas, the terrorist attack in New York City and the devastating assault in Las Vegas, we are reminded once again of the malevolence and hatred that takes up the concealed space around us with a fundamental intention of forcing us to live in fear.

But while there is exceedingly more hate and violence dominating the headlines, we know that fear never wins. Every act of terror will always induce an undercurrent of alarm - but also a swell of resilience. The NYC community is the standard for such pliancy, and there is no more relevant example of this defiance than the images of children dressed in their Halloween costumes taking to the streets that very evening.

The idea of not allowing "terrorists" to influence everyday life dates back to Britain's preparations for World War II. In 1939, intending to inspire its people during a time of angst and despair, the British government coined one of the most popular slogans of the modern day: "Keep Calm and Carry On." Since that time, this motto has become what "I Heart NY" is to New Yorkers.

As "Keep Calm and Carry On" reminds us, it can be arduous to live a good life surrounded by everyday burdens - and when you weave in the horrors that today have become almost "normal," it can be almost terrifying.

In this week's Torah portion, Chayei Sarah (The Life of Sarah), the focus is on the legacy of Sarah's life. Last week we learned about her fears for the life of her son, Isaac, and her willingness to sacrifice herself for her husband, Abraham. At times, Sarah's life was nothing short of arduous and terrifying.

An example of her self-sacrifice includes her efforts to protect her husband, twice agreeing to enter a foreign king's harem and putting herself at great risk of harm. Sarah was rewarded by G-d when she was rescued:

"And G-d said to [Pharaoh] in a dream, 'Yes, I know that you did this in the integrity of your heart. For I also withheld you from sinning against Me; therefore, I did not let you touch her.'" (Genesis 20:6)

In the face of this fear and hardship, Sarah was a radiant example of someone who made a conscious decision to never give up. One could argue that Sarah is the real architect of the slogan "Keep Calm and Carry On."

Sarah's conviction in her faith in G-d reminds us how we can be shaped by something unexplainable, as legendary character actor Stephen Tobolowsky - who currently appears on The Goldbergs, HBO's Silicon Valley and Norman Lear's new One Day at a Time - details in his new book, My Adventures with God, which concludes the Mandell JCC's Jewish Book Festival on November 18th.

Tobolowsky, who will perform from his book, explains, "It's hard to believe in nothing. As much as we love certainty, we are often shaped by the invisible, the unexplainable - something we call faith. We are inclined to acknowledge the holy. Even if it is only a paper heart we find in an old suitcase."

Whether it's Stephen Tobolowsky or Sarah, the message is the same: your life is your life. The way you see it is all a matter of philosophy and how you choose to live. The British government had no idea that, some 78 years later, it would have forged a slogan that countless generations - faced with fear, anxiety, angst and despair - choose to live by: "Keep Calm and Carry On."