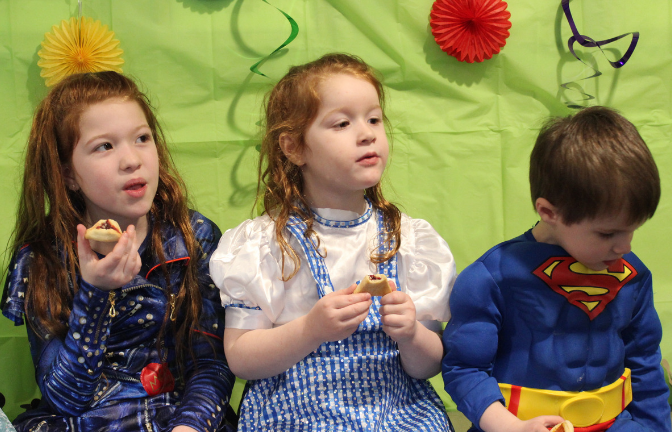 This coming week, Jews around the world will celebrate Purim. We have been celebrating Purim since at least 124 B.C.E. It is a holiday that continues to be relevant - as is this message from last year. I hope it deepens your appreciation for Purim and the lessons it teaches. - Howard

Sometimes, it's about the food. On Purim, it's about hamantaschen... more specifically it's about choosing the right filling. It doesn't matter what the dough is like; what matters is what's inside.

The story of Purim recalls a time when the Jewish people once again overcame a significant external threat by leveraging the intrinsic power of position and their relationships to those in power. We are told that Queen Esther was able to leverage her position and status by admitting she was Jewish and convincing the king to rescind his decree to eliminate the Jewish people. At great personal expense, she revealed her true Jewish identity, and with an outstanding degree of courage she was able to influence those in power to reverse the "evil decree" that threatened the lives of all Jews in Persia - saving our people from annihilation. While the Book of Esther tells us that she was "fair and beautiful," it was Esther's inner strength and beauty that enabled her to become a force for good.

Each of us faces times in our lives when we must decide whether we have the courage to reach down and draw from our core values and strengths - qualities that may not be immediately apparent to others. Esther initially kept her Jewish identity a secret to protect herself, but she ultimately chose to reveal it in order to save her people. What a powerful lesson and example.

Revealing our inner potential not only helps us be the best we can be; it can also ignite positive change in those around us. What could be more powerful, and more satisfying, than becoming a catalyst to multiply good deeds?

With human beings, as with hamantaschen, it's all about the filling.