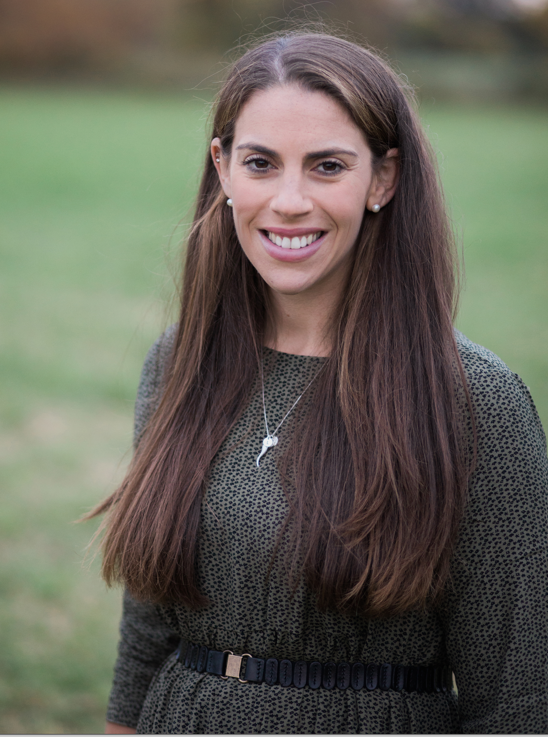 Jewish Federation of Greater Hartford is pleased to introduce Danielle Moghadam as incoming director of the Jewish Community Relations Council. Danielle brings a deep academic background in international relations and a commitment to working both within and outside of the Jewish community. As a graduate student at Tel Aviv University, she earned a master’s degree in Middle Eastern History and gained a firsthand understanding of Israeli culture and its position in global politics. Since then, Danielle has served in outreach and development positions for a variety of Jewish organizations, including the American Jewish Joint Distribution Committee and Mandell JCC of Greater Hartford. She currently lives in West Hartford with her husband Rami and three children. Below, Danielle discusses her background, commitment to Jewish issues, and what she is most looking forward to in her new role with Federation.

Firstly, could you explain the function of the Jewish Community Relations Council (JCRC) and your role as director?

JCRC takes a three-pronged approach to working with and for the Jewish community. In one capacity, we work in partnership with the Jewish Federation Association of Connecticut (JFACT), which is our lobbying group, in developing government policy priorities for our community. We’re also involved in advocacy for Israel—and in that respect, I’m very interested in working with my partners on the council to impact how the narrative around Israel is shaped within our community. And the third piece of our JCRC work involves social action and social justice, which means working closely with our collaborators throughout the Greater Hartford area to build bridges, make connections, and find new ways to partner.

What are you most looking forward to in your new role?

I’ve been involved in the Jewish community here in Hartford in several capacities in recent years, and I’ve been able to develop a great network of people through that work. In my new role with Federation, I look forward to leveraging and expanding that network. I’m also looking forward to building bridges outside of our community, particularly for educational purposes. I sense a lot of energy in the council to expand people’s understanding of Israel—and Israeli society writ large.

You have a very diverse professional background. What are a few highlights you’re most proud of?

Last year, I participated in the Parent Leadership Training Institute (PLTI) here in West Hartford, which is the local branch of a national program. The extensive course helps parents and caregivers learn to advocate both for themselves and their community on a local and national level. I admire so many people in the Greater Hartford area who have gone through the PLTI program, and I'm really honored to join them as alumni.

Earlier in my career, I worked at the American Jewish Joint Distribution Committee, and one of my responsibilities was to serve as coordinator of the Disaster Relief Committee. We acted as a repository for funds coming from the Jewish community earmarked for disaster relief. I had the privilege of steering funds toward an organization that was using 3D printers to print prosthetics for Syrian children living in Jordan. I was really honored to be able to play even a small role in that life-changing work. At the time, 3D printing was relatively new, so it was just mind blowing that this was even possible.

You earned your master’s degree in Middle Eastern History from Tel Aviv University. How do you feel you benefited from studying in Israel?

I made aliyah and earned my M.A. while in Israel.  Being able to study there shaped so much of my understanding of Israel and its importance globally—and I had tremendous professors who imparted on-the-ground knowledge and insights about the country. I also learned to speak Hebrew; honestly, I’m not sure that my Hebrew would be where it is without having that experience.

How did you discover your passion for history and international relations?

I've been interested in other cultures since childhood. UNICEF published a book called “Children Just Like Me,” which had profiles of children from around the world, including what their daily life was like. As a young person, I couldn’t get enough of that book; in fact, my third-grade teacher made me stop reading it because I loved it so much. Now, my kids have the book, which has been really special to share. That’s one of my earliest memories of being interested in people from varied backgrounds. I also grew up in New York City, where the exposure to so many different people and cultures fueled my interest. Today, that interest drives me to want to advocate for and with others.

How does your work reflect your Jewish faith and values?

I’m hesitant to say “tikkun olam” … but, tikkun olam! The obligation to help repair the world is such an essential Jewish value. I went to leadership camp when I was younger and we learned about tikkun olam as a concept, and how it works in practice—I've felt drawn to that work ever since. Even when I graduated college, I didn't fully realize the extent to which an organized Jewish world existed where I could put my Jewish values into action and build a career. I’m very grateful to be doing that work now.

Why do you feel the work of the JCRC is particularly important now?

We're all aware of the recent increase and “normalization” of antisemitism. One of the best things we can do is to use our soft influence to help others understand the severity of the situation and to understand that we are people like everyone else. At this moment in time, as antisemitism and anti-Zionism are on the rise, it's important to both have a voice and build relationships. I'm very excited to be someone who gets to do that.