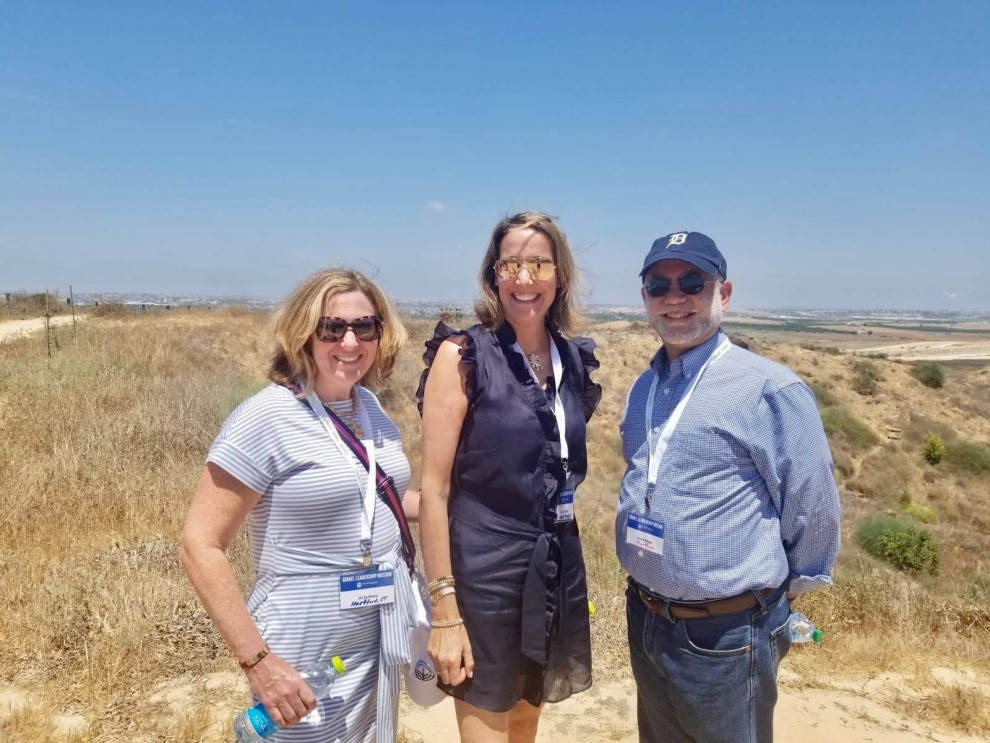 Last week, I took part in a Jewish Federations of North America Leadership Solidarity Mission to Israel along with Carolyn Gitlin, our Federation’s Chair of the Board and the National Women’s Philanthropy Chair, and Jill Dulitsky, our incoming Women’s Philanthropy Chair. Our first order of business was a security briefing with retired Major General Giora Eiland, who opened with the old but apt joke that if he had to summarize the situation in Israel today in one word, he would say “good.” If he could summarize it in two words, he would say “not good.”

We are all too aware of the “not good” news. Despite a world-leading vaccination rate, Israelis have suffered tremendously because of COVID. In addition, the recent conflict with Hamas caused significant death and destruction and traumatized millions across much of the country. It also laid bare tensions between Israeli Jews and Arabs, especially in diverse cities, that challenge decades of work toward peaceful coexistence and social integration. And just this week, the decision by ice cream maker Ben & Jerry’s to cancel its licensing agreement with an Israeli company because it refused to enforce a boycott beyond the Green Line illustrates the continued potency of the BDS movement.

Yet our experience in Israel was dominated by examples of the “good” – of attitudes, initiatives, and impact that left us optimistic and inspired:

In this week’s Torah reading, Va’etchanan, Moses prepares the Jewish people to enter Israel – a rich land “flowing with milk and honey.” On our visit we saw not only the richness of the land but also the richness and beauty of its people. With your help, Federation is proud to support organizations like JDC, Natal, and the Jewish Agency that are working to ensure a secure and vibrant life for all Israelis.