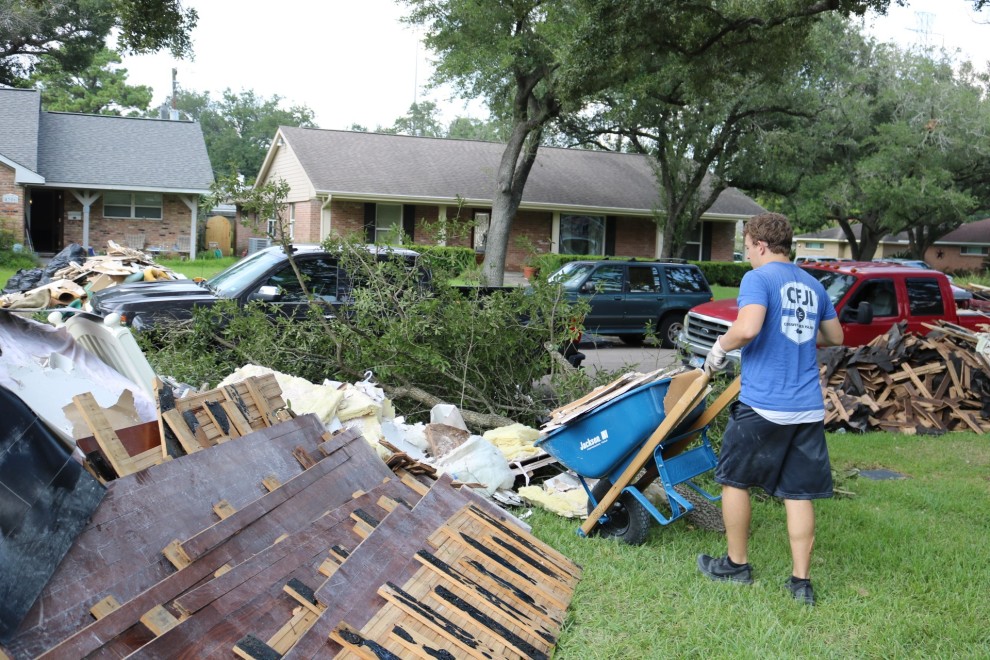 I was around 11 years old when I was recruited to join the Sukkah Brigade, a group of congregants who gathered on the day after Yom Kippur to go to Kissena Park and collect enough organic material or s'chach to form the roof of the community sukkah. It was an obligation I looked forward to fulfilling.

On Sunday night, Jews around the world will be celebrating the beginning of Sukkot. Many families build their own sukkah, or temporary shelter, while others fulfill the ritual by spending time in community built sukkot. Dwelling in the sukkah reminds us of the temporary shelters the Israelites used during their journey from slavery to freedom, from Egypt to the Promised Land.

This year, many people living in North Carolina who have been impacted by Hurricane Florence will be forced to live in different kinds of temporary shelters. Congregants at Temple of Israel and Bnai Israel Congregation in Wilmington, and Temple B'nai Sholem in New Bern, all in North Carolina, will not be able to fulfill the mitzvah to dwell in the sukkah, as each synagogue has sustained significant damage.

Just as we rallied for our brothers and sisters in Houston who faced similar hardships last year, the Federation network stands ready to provide aid and assistance to the communities impacted by this most recent flood. A special Hurricane Relief fund has been established. This link will allow you to say "HINENI! Here I am" and be part of helping those in need.

On the evening of October 4, our community will come together to say HINENI at a very special Federation event at The Emanuel Synagogue. The program will showcase how we demonstrated our strength and compassion through Federation both locally and nationally to help three communities in need. Speakers will share their personal stories of how our collective response helped transform tragedy into hope in Houston, Texas, during and after Hurricane Harvey; in Parkland, Florida, during and after the Marjory Stoneman Douglas school shooting; and in Greater Hartford after Hurricane Maria forced thousands of people to flee here to start new lives.

Come to HINENI and celebrate how we change lives and improve communities together. Come and be counted as one of the many who declare loudly, "HINENI, I am here!"

Caption: A volunteer helps to clean up debris after Hurricane Harvey. Photo courtesy of the Jewish Federation of Greater Houston.