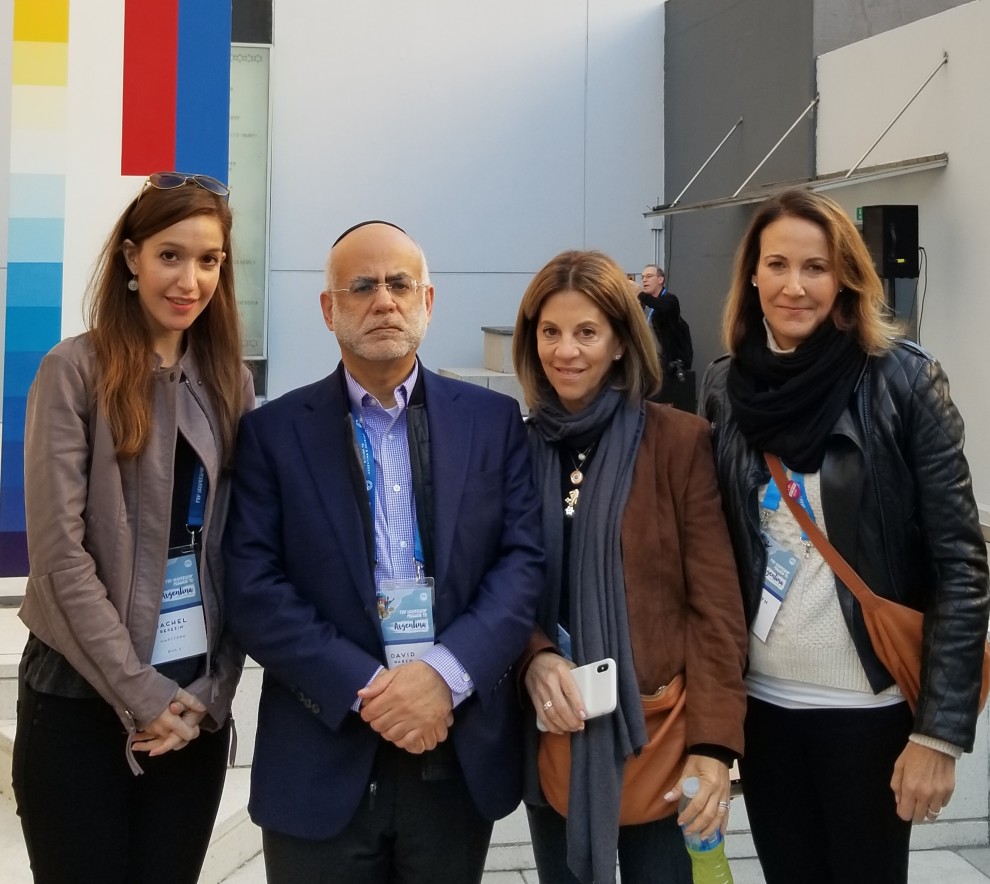 This Shabbat is Tisha B'Av, marking the demise of the First and Second Temples in Jerusalem and calamitous events affecting the Jewish people over the last two millennia. This year, the fast and related restrictions are postponed until Sunday. The symbolism of the day is marked by contradictions. We sit on the floor, shorn of leather shoes, unwashed, hungry and thirsty - remembering our ancestors and mourning their suffering and destruction. And, at the same time, we focus on the rebuilding of the Third Temple and the coming of the Messiah. According to Jewish tradition, during the Messianic era Tisha B'Av will become a joyous holiday - the destruction a necessary prerequisite for rebuilding and renewal.

That same mix of perspectives and emotions suffused my trip this past week to Argentina. With a Greater Hartford delegation and leaders from across the country we remembered the tragic events in Argentinian Jewish history - from the pogroms of 1919 when Jews were dragged from their homes in Buenos Aires, shot and killed - to the bombing of the Israeli Embassy on March 17, 1992 that killed 29 and injured 242 and the bombing of the AMIA Jewish Community Center on July 18, 1994 that killed 85 and injured over 300.

We met with an Israeli diplomat who had left the embassy minutes before the bomb went off. He described rushing back in search of his wife, who also worked at the embassy, and his colleagues. The office where his wife worked was reduced to complete rubble. For the next two days he contemplated how he would tell his young children their mother wasn't coming back. Miraculously, he found her in a local hospital, severely injured. She had left her office for another part of the building moments before the explosion and survived.

We also learned about the unremitting economic hardships impacting much of the population, including portions of the Jewish community. We saw, firsthand, how Federation's allocations - funded in part by your contributions to our local Annual Campaign - have helped the community respond to these tragedies and challenges.

And we were inspired by the vitality of the Jewish community, the rebirth of its institutions, the ways in which it cares for its elderly and impoverished and the vibrancy of its youth. Thousands participate in Jewish youth groups, engaging deeply in Jewish learning and support for the State of Israel. Synagogues are full. Liberal branches of Judaism are flourishing, as is Chabad, which boasts 25 Chabad Houses in Buenos Aires alone. Kosher restaurants abound, including a kosher McDonalds - reportedly the only one outside of Israel.

Many of those we met recounted how their families arrived in Argentina from Eastern Europe during the same waves of emigration that brought many of our grandparents and great-grandparents to the U.S. In some cases, they actually thought they were destined for the U.S., only to discover they were docking in South America. Fate separated our ancestors. Our journeys as Jews from North and South America have differed. Yet the trip was a poignant reminder that Jews around the world are inexorably bound together and that, even as we remember tragedies of the past, we are committed to aiding one another and, together, building a more vibrant Jewish future.

Photo caption: At the site of the AMIA Jewish Community Center bombing in Buenos Aires, Argentina.