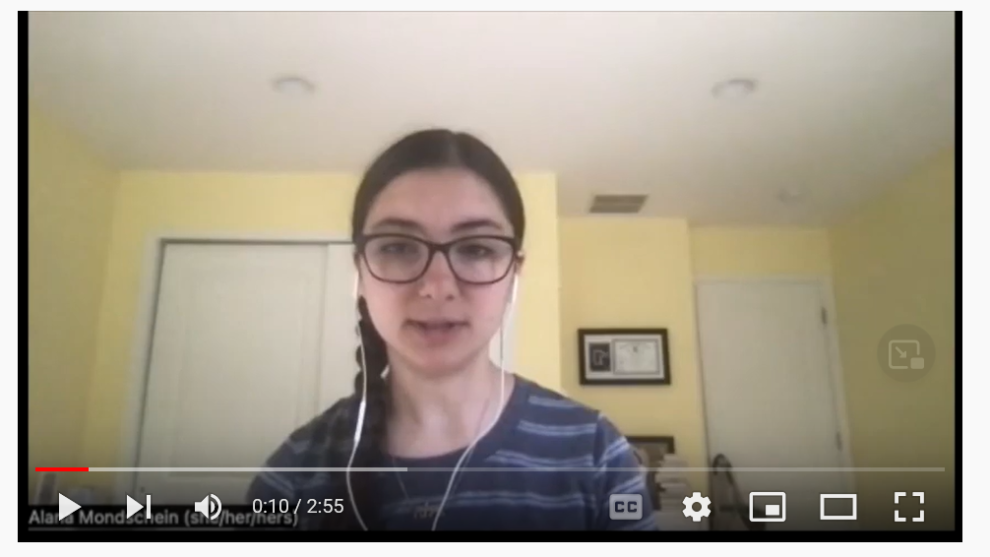 As incidents of antisemitism continue to rise, especially for young people, ADL Connecticut has found a way to help Jewish students to address it head on. What started in 2001 with a few teens sharing their experiences of antisemitism at workshops has blossomed into the Words to Action Teen Trainer Program: a core group of trained, passionate students who serve as role models in Connecticut’s Jewish community.

Fairfield resident Susan Walden took on the Teen Trainer Program when she was hired as ADL Connecticut’s Words to Action coordinator five years ago. Teen Trainer Program participants assist adult facilitators at workshops at synagogues and other Jewish institutions across the state, sharing their Jewish pride and empowering younger students to stand up and speak out against antisemitism. They also represent ADL Connecticut in national webinars, at local events, and at their schools. Of the 14 teens currently in the program, nine are graduating and going to top universities and colleges and a few are taking gap years in Israel.

One such student is Alana Mondschein from Glastonbury, who joined the Teen Trainer Program four years ago. Alana had experienced antisemitism in middle school and was looking to find a solution – a space where she did not feel alone. As Alana shared in a focus group her first year, “Antisemitism can be a very lonely space. Often, when it happens, Jewish students think it is something that they have caused or that they are the only ones that are dealing with it. Students don’t talk about it, and when they go to their school administration, sometimes they feel worse as it gets swept under the rug.”

According to Alana, most students know the jokes and microaggressions or swastikas they see are wrong, but they don’t know how to respond – so they do nothing, which can make them feel terrible.

ADL’s Teen Trainer Program gave Alana the tools and strategies to push back – and by co-facilitating Words to Action workshops, she is helping younger students do the same. Alana is so passionate about her work with ADL that during the pandemic, she created a series of videos featuring teen trainers that were used in Zoom workshops all over the state. You can watch a video interview with Alana here.

Connecticut is the only ADL region to offer the Words to Action Teen Trainer program, which is supported by your gifts to Federation’s Annual Campaign. We’re so proud of young leaders like Alana, who bravely share their stories to empower other students. To learn more about Words to Action or the Teen Trainer Program, contact Susan Walden at swalden@adl.org.

Photo:  Alana Mondschein of Glastonbury shares how ADL empowered her to speak out against antisemitism.