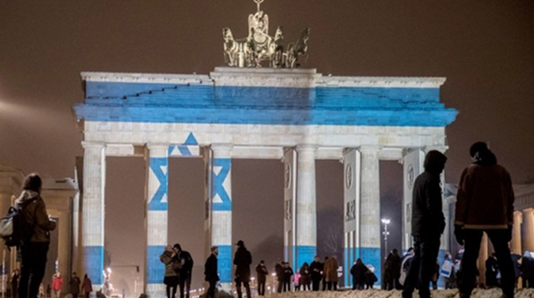 Friends, this past week we were shaken by another unspeakable terrorist attack when a truck drove into a crowd of soldiers on the Armon Hanatziv promenade in Jerusalem. We mourn the four young service members who were killed, and we pray for their families and the 15 people who were injured in the attack. Michal Abramoff, Shlicha and Director of Israel Programs at the Mandell Jewish Community Center, had an unexpected and uplifting message to share in the wake of this tragedy, and she graciously shares it with us below. I hope you will find it as inspiring as I do. Shabbat Shalom. - Howard

As some of you might know, last Sunday morning a terrorist drove a truck into a group of soldiers in the middle of a tour of Armon Hanatziv promenade in Jerusalem, killing four soldiers and injuring 15 others. The four soldiers who were killed - three women and one man - were Lieutenant Yael Yekutiel (20) of Givatayim, Cadet Shir Hajaj (22) of Maaleh Adumim, Cadet Shira Tzur (20) from Haifa, and Cadet Erez Orbach (20) from Alon Shvut. They were buried in military ceremonies attended by hundreds on Monday.

To give you a bit of perspective about what the soldiers were doing there, I want to share with you a bit more about my own military service. When I was in the Israeli army, I was an Education Commander in the Central Commands Field Intelligence Unit, and a large part of my job was to take soldiers on tours of different parts of Israel so they could learn about the history of the place, see it with their own eyes, and feel connected to the land they were protecting. Because the work week in Israel starts on Sunday (yes, we don't get Sunday off in Israel), Sunday mornings are the prime time for these culture tours, and in the Israeli army there is even a name for it: "Cultural Sunday." Instead of going straight to your base in the morning, you go first to experience some cultural and educational programs. These include museum visits, plays, volunteer activities and of course tours. Since most of my soldiers were situated around Jerusalem, most of our Sunday tours took place in different parts of the city, one of which is the Armon Hanatziv promenade.

But I am writing to you today to share with you something positive: a show of support from the world that Israel rarely gets. Sometimes when something so senseless and meaningless happens, it is hard for us to understand it. These past couple of years we have seen that when such tragedies occur, the world responds by lighting the colors of the attacked countries on their famous monuments in a show of support and solidarity. For the first time, on Monday night, Berlin's Brandenburg Gate was lit with the Israeli flag in a show of solidarity following the terror attack.

This is such a powerful image, especially when you place it next to an image of the gate from 80 years ago.

The mayor of Rotterdam, Netherlands, Mr. Ahmed Abu Taleb, also raised the Israeli flag on top of Rotterdam's city hall in a show of solidarity. 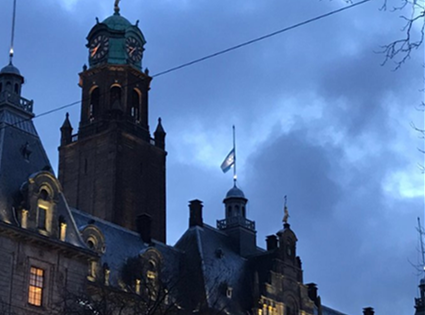 This display of goodwill from what seems the most unlikely of places has so much power. It shows us that even in the darkest times and from the most terrible events, something good can happen.

With that in mind, I hope you all have a wonderful Shabbat and remember to find the good in every situation in your own lives. 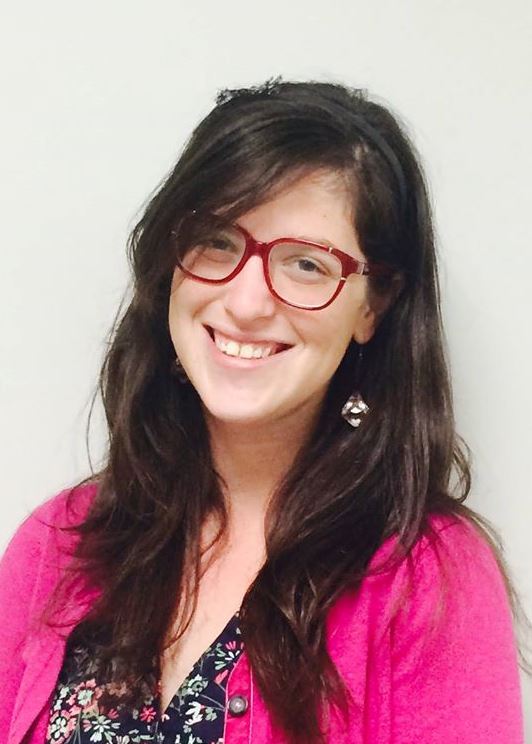 Your contributions to Federation's Annual Campaign support Israel programming at the Mandell JCC, including the Shaliach program. You can reach Michal at 860.231.6333, at mabramoff@mandelljcc.org, or on Facebook at Mandell JCC Shaliach.