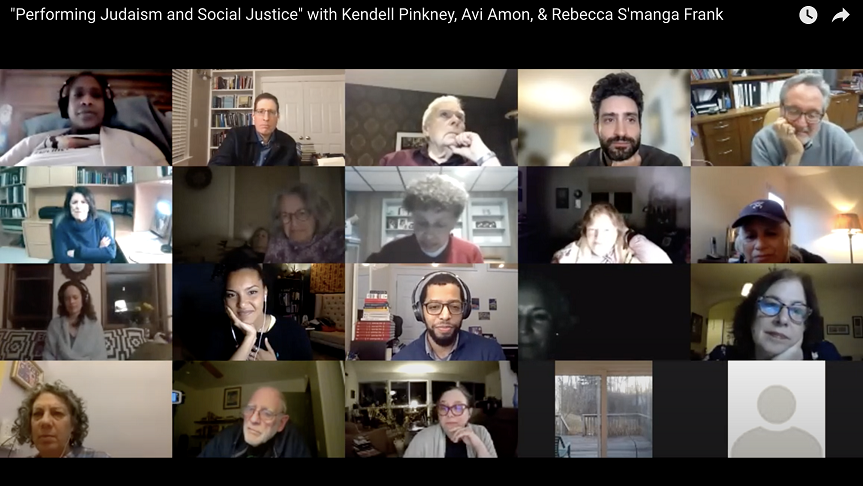 Although the COVID-19 pandemic has hampered many facets of life, it has only made the academic output of UConn’s Center for Judaic Studies and Contemporary Jewish Life more prolific. Below, Professor Avinoam Patt, Ph.D., Doris and Simon Konover Chair in Judaic Studies and Director of the Center, shares their recent abundance of academic offerings, publications, and programming.

UConn’s Center for Judaic Studies and Contemporary Jewish Life has continued to be remarkably active over the past year, with numerous virtual programs on our YouTube channel. We continue to fulfill our mission of developing top-tier teaching and research while reaching an even broader audience of online participants in our community and around the world.

We have been so impressed by the leadership exhibited by UConn students, who have engaged faculty experts to help combat the rise in anti-Semitic incidents both on and off campus. We work closely with UConn Hillel and the Federation to raise awareness and provide tools to confront the dangers of anti-Semitism. (Click here to read the Center’s statement on recent anti-Semitic incidents on campus.) Since the pandemic began, we also have helped organize online classes on the past, present, and future of anti-Semitism; the ALEPH Institute of Jewish Ideas series “Jews, Judaism, and the Pursuit of Social Justice;” an online course with Trinity College Professor Sam Kassow on Jewish life in Eastern Europe; and a series of post-film “Reel Talks” for the Mandell JCC’s first-ever virtual Hartford Jewish Film Festival. In addition, we are collaborating with UConn’s Dodd Human Rights Impact (formerly the Dodd Center) to develop a new certificate program in Holocaust and genocide education for Connecticut teachers.

And of course, our faculty and students have continued to learn, research, and write prolifically over the past year. Professor Sebastian Wogenstein co-founded the Human Rights Research Consortium between Connecticut and Baden-Württemberg, Germany, which has spearheaded virtual conferences and collaborations addressing antisemitism, Holocaust and genocide education, and other human rights issues. Professor Stuart Miller co-edited a festschrift in honor of his mentor, Professor Lawrence Schiffman. Professor Arnie Dashefsky finished editing the 2020 American Jewish Yearbook, and Professor Susan Einbinder has been in high demand due to her expertise on medieval Jewish responses to the plague. Last but not least, I have published three books, including two volumes on the Holocaust and one on the Jewish heroes of Warsaw.

The Center is also a proud co-sponsor of the Pandemic Journaling Project (PJP), the brainchild of UConn Professor Sarah Willen and colleagues. In April 2020, just as COVID-19 began to shut down the world, Professor Willen and her colleague Kate Mason of Brown University convened an interdisciplinary team of researchers to create a combined journaling platform/research study that allows participants worldwide to produce weekly records of this turbulent time using text, audio, and photos – for themselves and for posterity. By March 2021, over 1,400 people in 45 countries had contributed more than 12,000 journal entries. The PJP is not only a coping mechanism to chronicle the daily struggles of the pandemic but also an archive that will have tremendous future historical and sociological benefits – and it has been featured in The New York Times, on National Public Radio, and in many other national and international media outlets. It is UConn’s contribution to building a global community as we all endure this pandemic together.

Photo caption: UConn's Center for Judaic Studies and Contemporary Jewish Life co-sponsors ALEPH: The Institute of Jewish Ideas with the Mandell JCC, with support from a family fund at the Jewish Community Foundation of Greater Hartford. This screen shot is from ALEPH's March 4 program "Performing Judaism and Social Justice."