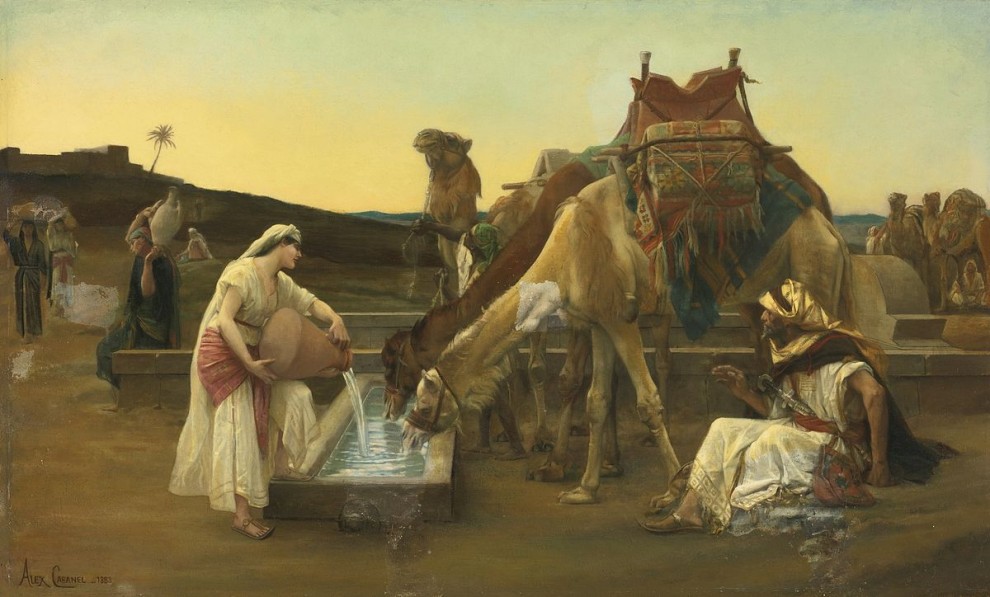 This week, we had the opportunity to meet with Arielle Di Porto, who leads the Jewish Agency for Israel's effort to rescue Jews in dangerous situations around the world - work that is supported by Federation's Annual Campaign.
In the Torah portion for this Shabbat, Chayei Sarah, we read about Sarah's death and burial and the finding of a wife for Isaac. It's a story of repose, hospitality, and destiny. Abraham purchases the Cave of Machpelah for Sarah's final resting place, and he sends his servant Eliezer in search of a matriarch for the next generation. The future of the Jewish people depends on the moral character of one young woman - Rebecca - at a well. Rebecca not only answers Eliezer's request for water but also offers water for his camels. Through this generous act she demonstrates her fitness to be a mother of the Jewish people.
The Jewish Agency's story is also one of repose, hospitality, and destiny. Since 1929, the Jewish Agency has played a major role in the destiny of the Jewish people. It is the largest Jewish nonprofit organization in the world, and it receives the largest single allocation to an Israel and overseas agency from our local Annual Campaign
Prior to the founding of the State of Israel, the Jewish Agency helped over 150,000 Jews flee the Nazis and the aftermath of war and settle in what was then called Palestine. Since 1948, it has brought 3 million immigrants to Israel. Last year alone, the Jewish Agency helped more than 30,000 Jews flee persecution and economic distress and begin new lives in Israel. It has brought repose to millions of our brothers and sisters.
The Jewish Agency not only brings Jews to Israel; it gives them a "soft landing" - temporary housing, education and support - in absorption centers across the country. It helps them learn Hebrew, explore Israeli culture and prepare for the workforce, taking our tradition of hospitality to a whole new level.
Just as Rebecca's act of hospitality wedded her inextricably to our Jewish destiny, the Jewish Agency's work with olim - immigrants to Israel - forges a strong Jewish nation. And its many, many other programs to engage Jews in America and overseas seal the promise of Klal Yisrael, the Jewish people as a whole.
We at Federation are so proud to partner with the Jewish Agency in this vital work.
Shabbat Shalom.
David
David Waren
President & CEO
CAPTION: Rebecca et Eliézer by Alexandre Cabanel, 1883.